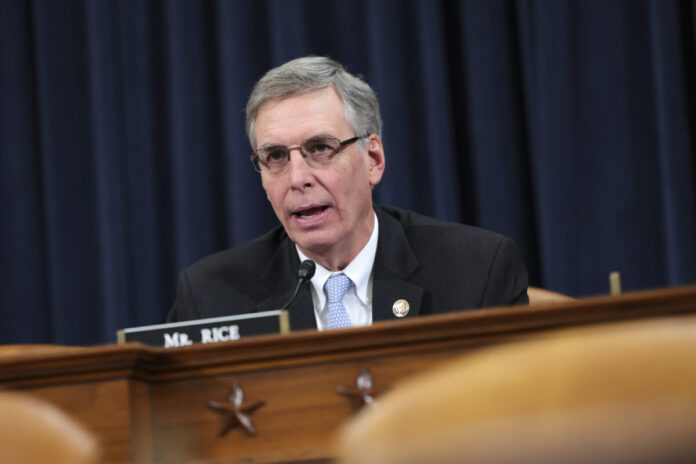 Rep. Tom Rice (R-S.C.) and 94 other Republicans in the House of Representatives on April 8 urged Attorney General Merrick Garland to appoint a special counsel to investigate President Joe Biden’s son.

The lawmakers say the probe should be shifted from the U.S. Attorney’s Office for the District of Delaware, which has been probing Hunter Biden since at least 2019.

Prosecutors at the office have not publicly disclosed what they are investigating, but documents from the investigation and people who have testified to a grand jury say it includes looking into Hunter Biden’s financial dealings with entities in China and other foreign countries.

Rice and the lawmakers told Garland that “it is increasingly clear that Hunter Biden took advantage of his father’s position as Vice President to develop business relationships with clients in Ukraine, China, and Kazakhstan” and that emails from a laptop believed to have belonged to the younger Biden show he used a case gift from Burisma, a Ukrainian company on whose board he sat, to pay off personal tax liabilities.

Since Hunter Biden is the son of the president, and the Department of Justice is headed by an official appointed by Joe Biden, an outsider should be tapped to take over the investigation, the letter says.

“We believe that in the case of Hunter Biden a special counsel must be appointed to preserve the integrity of this investigation and any subsequent prosecution. A special counsel would also ensure there is no bias in the investigation or undue influence from the White House,” the lawmakers said.

A lawyer who has represented Hunter Biden did not respond to a request for comment.

The Department of Justice couldn’t be reached.

Garland has heeded calls not to replace David Weiss, the U.S. attorney for Delaware. All other U.S. attorneys appointed by former President Donald Trump left office in 2021 after being asked to do so by top Biden administration officials. Garland has also pledged to oversee an independent Department of Justice and make sure justice is applied equally, though critics say he hasn’t followed through on the promises.

Sen. Ron Johnson (R-Wis.), who has investigated Hunter Biden’s dealings himself, recently said the way the probe headed by Special Counsel John Durham into the origins of the Trump-Russia narrative has unfolded is one of the reasons.

If Garland does appoint a special counsel, “I won’t have any faith in him,” Johnson said during an appearance on Fox News.