Senator Claims He Was ‘Denied Access’ to John Durham Investigation 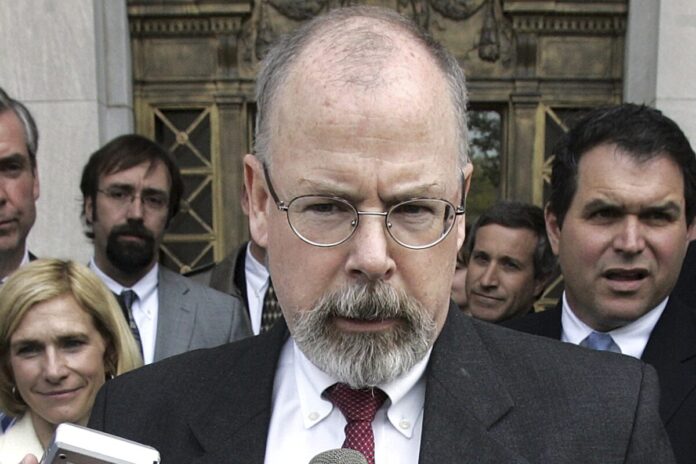 Sen. Ron Johnson (R-Wisc.) said that he was “denied access” by special prosecutor John Durham regarding the investigations into the origins of the Russian collusion narrative.

During a Wednesday night interview, Johnson, who is the ranking Republican member of the Senate Homeland Security Committee, said that he believes Durham is a “high integrity” individual but said it’s taking him too long “to get the information out” regarding the investigation.

“We were denied access to the information during the John Durham probe, so there is a real problem with the special counsel,” Johnson said. He did not elaborate.

The Epoch Times has contacted the Department of Justice for comment.

Durham, a then-U.S. attorney from Connecticut, was tapped by then-Attorney General Bill Barr to probe the origins of the FBI’s original investigation into former President Donald Trump’s 2016 campaign, including whether any laws were broken when the bureau authorized the surveillance of a former Trump aide, Carter Page, via the secretive Foreign Intelligence Surveillance (FISA) Court.

About two weeks ago, Durham revealed in court filings that the Department of Justice will eventually reveal a tranche of classified materials relating to the main source of former British intelligence officer Christopher Steele, who penned a series of largely-discredited reports and notes known as the “Steele dossier,” which included now-debunked claims about Trump and Russia.

Durham submitted the court papers in relation to his case against Igor Danchenko, an analyst on Russian affairs, who was identified by the special prosecutor as Steele’s primary source last year. Steele, meanwhile, was hired by Fusion GPS in 2016 to carry out opposition research against Trump and members of his campaign. Fusion GPS was, in turn, hired by Democrat-aligned law firm Perkins Coie, which was hired by the Democratic National Committee on behalf of the 2016 Clinton campaign.

“However, recent world events in Ukraine have contributed to delays in the production of classified discovery,” Durham also wrote. “The officials preparing and reviewing the documents at the FBI and intelligence agencies are heavily engaged in matters related to Ukraine. Nevertheless, the government will produce a large volume of classified discovery this week and will continue its efforts to produce documents in classified discovery on a rolling basis, and no later than the proposed deadlines set forth below.”

Days before that, meanwhile, Barr told Fox News that he believes Durham will eventually “get to the bottom” of the Trump-Russia collusion narrative that was heavily featured in left-wing news outlets for several years.

“I think whether or not there are more indictments, I think Durham is going to get to the bottom of it as well as anyone can,” Barr told Fox News as he promoted his book.