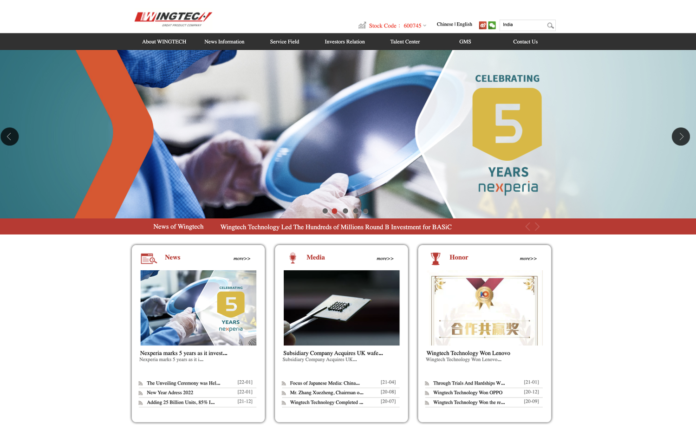 Concerns are growing over plans by a state-backed Chinese company to acquire the U.K.’s largest semiconductor plant for U.S. $82 million, amid reports that the British government has “quietly” approved the sale despite ordering a review a year ago.

“This is about the United Kingdom’s biggest producer of microchips and semiconductors. It is about national resilience,” crossbench peer Lord Alton told the U.K.’s upper house on Thursday. “It’s about whether or not we wish to become a wholly-owned subsidiary of the People’s Republic of China, which has been accused of genocide by Elizabeth Truss, our foreign secretary.”

“Why aren’t we giving consideration [to] the remarks of Ciaran Martin, the former head of the National Cybersecurity Centre, that there are ‘very real concerns about the buyout’, and that it poses a greater threat than allowing Huawei to build the United Kingdom’s 5G network.”

The question followed an April 1 report by the news website Politico, which cited sources as saying that ministers have decided not to intervene in the takeover of Newport Wafer Fab following a review by the government’s national security adviser, Stephen Lovegrove.

“Lovegrove concluded there were not enough security concerns to block it,” the report cited two government officials as saying.

Both the British government and Nexperia, the potential buyer, denied that the acquisition had been approved, however.

According to official guidelines on the government’s website, an acquisition is likely to fall within the scope of the act if the investor “is involved in the ownership, creation, supply or exploitation of intellectual property of … computer processing units, architectural, logical or physical designs for such units, the instruction set architecture for such units, code, written in a low-level language, that can control how such units operate, or integrated circuits with the purpose of providing memory.

The House of Commons foreign affairs committee said on April 5 that it had sent letters to different government departments on many occasions regarding the deal, and had concluded that the review hadn’t been implemented according to the request of Prime Minister Boris Johnson.

Nexperia is ultimately owned by Wingtech, a Shanghai-listed company reportedly backed by the Chinese Communist Party (CCP), while Newport Wafer Fab (NWF) specializes in the fabrication of high-end silicon semiconductor chips and in manufacturing silicon chips for power conversion, and the industry in south Wales has received “significant financial support” from the government, the Committee said in its report.

According to Chinese investment screening specialists Datenna, Wingtech is heavily backed by the CCP. Wingtech Chair Zang Xuezheng assumed the role of Nexperia CEO in March 2020, the report said.

“Given the importance of semiconductors to the U.K.’s national security, we identified the acquisition of the U.K.’s largest semiconductor manufacturer by a company backed by the Chinese Communist Party (CCP) as a cause for concern; even more so in the context of global semiconductor shortages,” the report said.

“We argued that it is crucial that the Government gets the new investment screening regime right from the beginning.”

He said the deal had left many wondering why national security-related infrastructure was being handed over to overseas companies with clear links to the Chinese government.

He warned against acting only for short-term economic interests, rather than for future economic stability.

He warned against “appeasing” China, which was trying to block Western countries’ access to microchips and other sought-after electronic components.

The CCP-backed Global Times newspaper has hit out at Tugendhat for being “anti-China,” while he and eight other individuals are barred from entering China, including Hong Kong and Macau.

“Their properties in China will be frozen, and Chinese citizens and institutions will be prohibited from doing business with them,” the paper reported on March 26.

Similar sanctions have also been imposed on Duncan Smith, it said.