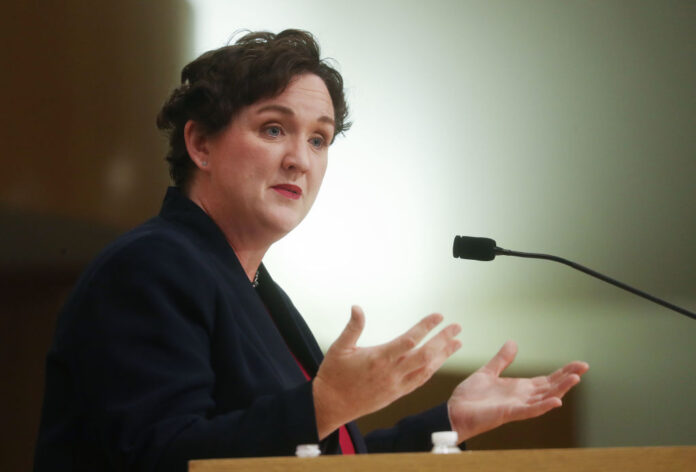 California’s congressional race for its newly redrawn 47th District may be a closer fight than it appears.

While Rep. Katie Porter (D-Calif.), who currently represents the 45th district but will be running for the 47th after districts were redrawn, had $10.2 million new donations in 2021, Republican front runner Scott Baugh has more money coming from donors within the district, according to an Epoch Times analysis of the candidates’ donations through Dec. 31, 2021, the most recently released numbers.

“Our country is on the wrong track. We’ve got runaway inflation, runaway spending, runaway debt, and the Democrats just want to tax and spend more on top of that,” Baugh told The Epoch Times. “If you look at the legacy that we leave our children and grandchildren, it’s downright embarrassing … We need to stop that and reverse it.”

In-district donations are often seen as indicators of likely voters.

An analysis of donations of cities that Porter currently represents—including Tustin, Lake Forest, Mission Viejo, and Irvine—shows she had raised about $220,000 prior to redistricting.

Asked if he had concerns about Porter’s $16.1 million cash on hand for the campaign, Baugh said he was unperturbed.

“It wouldn’t matter if she had $50 million because you’re not going to sell socialism to the coast of Orange County,” he said. “I just have to raise enough money to get my message out to the people who are going to vote and I don’t need $20 million to do that.”

Porter, formerly a UC Irvine professor, was elected in 2018 in her race against incumbent Mimi Walters, becoming the first Democrat to ever hold the 45th District congressional seat.

Since then, she has emerged as a national figure following her infamous “no nonsense” questions in Congress to other government and private officials, often utilizing a whiteboard as a visual aid.

Baugh, who served in the California State Assembly from 1995 to 2000 and was the minority leader for two years, ran for the 48th District congressional seat in 2018. He received 15.8 percent of the vote in the primary, not enough to move to the general election.

He was also the chair of the Republican Party of Orange County from 2004 to 2015.

“Those votes that she is casting are directly contributing to the poor condition we are experiencing with inflation and price increases,” he said.

The three key issues, Baugh said, that he wants to tackle if elected include government spending and inflation, crime and border security, and parental rights in education.

The next campaign donations figures will be released by the Federal Election Commission April 15.

The primary election is June 7, 2022. The top two vote-getters will advance to a run-off in November, if no one candidate receives over 50 percent of the vote.

Porter’s campaign did not respond to multiple requests for an interview.

Drew Van Voorhis is a California-based daily news reporter for The Epoch Times. He has been a journalist for four years, during which time he has broken several viral national news stories and has been interviewed for his work on both radio and internet shows.