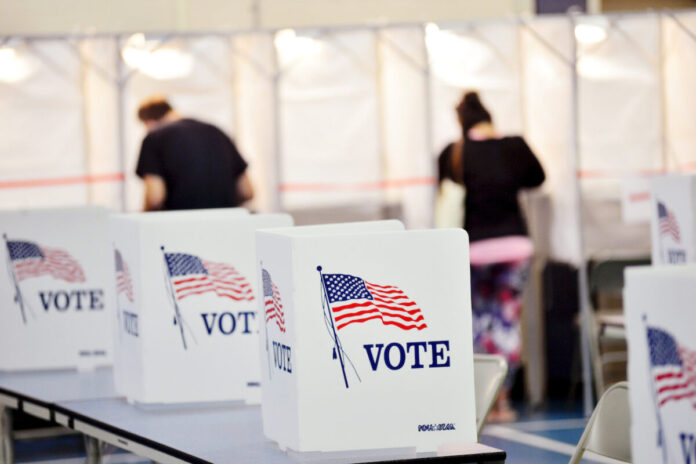 Mail-in ballots for hundreds of voters in Luzerne County, Pennsylvania failed to arrive for a special election on Tuesday.

Slightly over 300 people did not receive the ballots for the election in the 116th Legislative District, which is being held to elect a successor for Republican state Rep. Tarah Toohil, according to local media reports.

Local election officials are saying the Pennsylvania Department of State made an error that led to roughly 10 percent of voters who requested mail-in ballots not receiving them in time, according to ABC16.

“Which is very involved in a special election, in the processing of uploading of files, sending to the bureau and then the bureau sending to the mail-in vendor and that it was realized then, in discussion with the Pennsylvania Department of State that two files had not been properly uploaded,” said Denise Williams, the chair of Luzerne County Board of Elections, according to the news outlet.

According to ABC27, late ballots will still be accepted if they are postmarked and mailed in by April 8.

“The oversight created a delay in these voters receiving their mail-in ballots, receiving them with only a few days left until the 116th Legislative District Special Election Day,” the Pennsylvania State Department said in a statement, according to WBRE.

Several state Legislature members have asked for more information on why this error occurred, ABC27 reported.

Citing the Board of Elections, ABC16 said affected voters were earlier given several options, including bringing all-mail-in ballot paperwork to the poll on Tuesday, surrendering them, and voting at the poll.

Luzerne County Councilman Brian Thornton in an email to Williams raised concerns that “this current issue will once again lower our citizens’ confidence in our county’s elections,” according to PA Homepage.

“Many view every election problem as the fault of our election board and our county,” he said.

Thornton added: “I don’t see an end to these issues unless the election laws of our commonwealth change. We all need to do our part with pressuring our state legislators for the changes we desperately need.”

The Epoch Times contacted the Luzerne County Board of Elections for comment but did not immediately hear back.

Republican Robert Schnee, Democrat Amilcar Arroyo, and Libertarian Paul Cwalina were on the ballot for Tuesday’s election, with Schnee projected as winner of the special election by Tuesday night.

Schnee, 62, has been serving as councilman since 2016, according to the Sunday Dispatch.