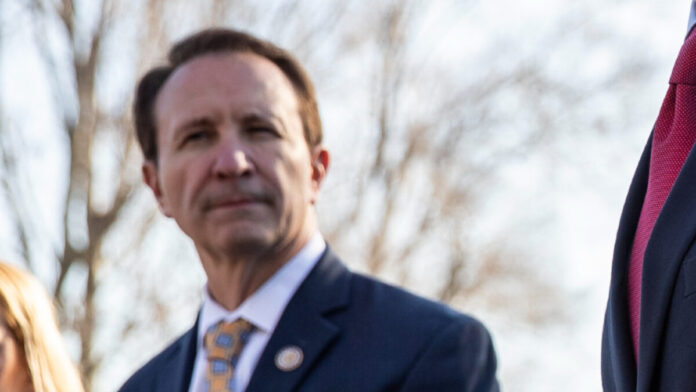 The Louisiana Court of Appeal has reinstated the state’s lawsuit against a Mark Zuckerberg-funded nonprofit that flooded Democratic-controlled jurisdictions with election administration grants and, in the process, may have skewed election results.

“Our law is clear: No individual, including Mark Zuckerberg, should supersede the people’s elected representatives,” Landry said in a statement. “Our elections should never be for sale; private money should not fund our elections.”

The thinking behind the lawsuit is that the millions of dollars doled out by the left-leaning Chicago-based Center for Technology and Civic Life (CTCL) unfairly boosted turnout in Democrat-heavy parts of the state, functioning as a kind of subsidy to get Democrats, not Republicans, to the polls.

The ruling came weeks after the Public Interest Legal Foundation filed suit against Louisiana in federal court for refusing to allow inspection of voter list maintenance records, including information the state receives from the Electronic Registration Information Center (ERIC), a controversial data-matching service associated with Democrats that has been criticized as being inaccurate, as The Epoch Times reported. Days before, Louisiana Secretary of State Kyle Ardoin, a Republican, announced he was putting Louisiana’s membership in ERIC on hold while he investigates allegations made against the organization.

The lawsuit revived by the state appellate court is State of Louisiana v. Center for Tech and Civic Life, which was launched Oct. 2, 2020, the month before the most recent presidential election.

During the 2020 election cycle, the billionaire Facebook founder, Zuckerberg, and his wife, Priscilla Chan, supporters of President Joe Biden and Democratic Party candidates, gave around $400 million to the CTCL.

CTCL in turn then distributed the money in the form of grants to jurisdictions across the United States purportedly to help those governments hire more staff, buy mail-in ballot processing machinery, and pursue other measures they considered necessary to administer the elections during the ongoing pandemic. Critics nationwide complained that CTCL’s grants favored Democrats.

Landry filed suit hoping to obtain a court order declaring that “private contributions to local election officials and the election system in general are unlawful and contrary to Louisiana law.” He argued that the grants from CTCL were part of  “the corrosive influence of outside money on Louisiana election officials.”

“By the time Landry sued, more than 20 officials throughout the state had applied for grants of nearly $8 million, but after the attorney general warned them the funds were illegal, most abandoned their efforts. Orleans and Calcasieu parishes, however, went on to accept more than $810,000 in funds for the 2020 election,” The Federalist reported.

But Lewis H. Pitman Jr., a district judge in St. Martin Parish, threw out Landry’s lawsuit, citing Louisiana’s state constitution in finding there was no legal justification to block “registrars of voters, clerks of court, or other local election officials from seeking and obtaining grant dollars to assist with the funding, the necessary staff, and equipment for the upcoming November 3, 2020 election.”

The constitution allows “political subdivisions” to “acquire property for any public purpose,” by way of  “donation.” The trial court held that because “registrar[s] of voters and clerks of court are ‘political subdivisions,’” “they are allowed to accept private donations,” including to administer elections. The ruling allowed the private money to flow into the bank accounts of local governments, according to The Federalist report.

On March 30, the Louisiana Court of Appeal, Third Division, stated that it agreed with Landry’s argument that the trial was “legally incorrect” and that “has stated a cause of action to protect an interest of the state by preventing the funding of elections with private money.”

The Epoch Times reached out to the CTCL for comment but had not received a reply as of press time.