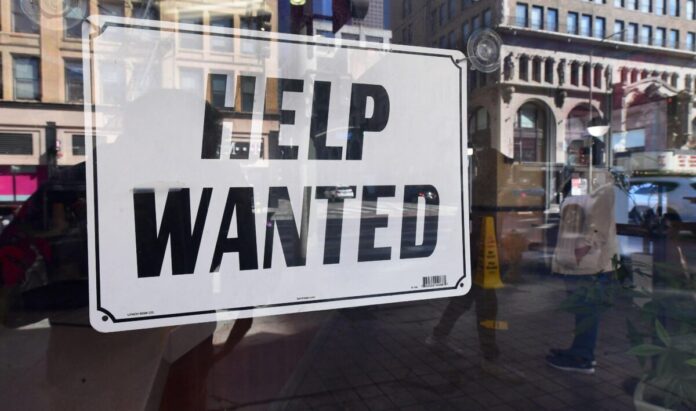 States that instituted more severe COVID-19 lockdowns have put a drag on recovery in a labor market desperate for hires.

With the onset of the pandemic in 2020, millions of Americans left or were forced out of the labor pool due to fear of the disease or government restrictions. The majority of them have since returned, but it appears there are still millions more on the sidelines, particularly in states that have clamped down on residents more harshly, according to data from the Bureau of Labor Statistics (BLS).

In February 2020, before the main brunt of the first pandemic wave hit America, there were about 164.6 million people in the labor force, defined as those holding jobs and those who had looked for a job in the prior four weeks. That number dropped to a low of some 156 million in April 2020 and has since climbed back up to about 164.4 million this March.

But the labor force naturally grows by about 100,000 a month due to the growing population. During the years before the pandemic, it even outpaced this growth, pulling in people who previously weren’t looking for jobs. If the trend had continued, the country would have had about 3 million more in the labor force by now.

And those millions are sorely missing.

Employers are trying to fill over 11 million jobs with only 6 million people seeking them, according to the latest BLS data. Labor shortages have been exacerbated by trillions in debt spending during the pandemic by the government, which boosted demand and undercut incentives to work, economists have noted. The labor force participation rate is down about 1.5 percent since February 2020, with the lockdown states particularly lacking.

In April last year, WalletHub ranked states based on the severity of lockdowns, looking at 13 metrics such as mask mandates, business shutdowns, and school closures.

Based on that ranking, the states with more severe lockdowns (score below 50) saw their labor force participation this February more than 2.2 percent below February 2020 on average, adjusted for seasonality and state population.

States with less severe lockdowns (score above 50) saw their labor force participation drop down by less than 1.3 percent.

There are exceptions to the trend, however. Some of the most open states, Iowa and Wyoming, experienced pronounced drops in labor force participation, about 3.9 and 3.6 percent respectively.

Almost all of the more open states were headed through the pandemic by Republican governors, with the exception of Kansas and Wisconsin. Montana switched from Democrat to Republican in January 2021.

Almost all the states with more severe lockdowns were headed by Democrats, except for Massachusetts, Ohio, and Vermont. Virginia switched from Democrat to Republican in January 2022.

Vermont has suffered by far the largest drop in labor force participation, more than 8.5 percent. Gov. Phil Scott, among the most left-leaning Republicans, led the deep-blue state through perhaps the most stringent lockdowns in the nation. On the flip side, the state has nearly the lowest COVID-19-associated mortality.