Fox Captured At U.S. Capitol Could Be Killed For Rabies Testing 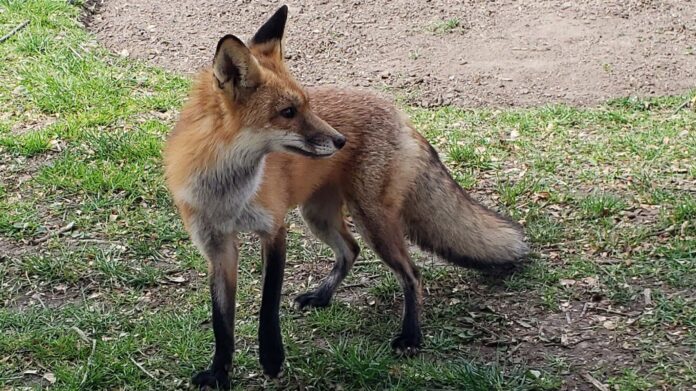 A female red fox suspected of biting people near the U.S. Capitol building was captured by Capitol Police Tuesday — and she may be killed for rabies testing under Washington, D.C., law.

Capitol Police announced the fox’s capture on Twitter alongside several photos of the animal. The announcement came hours after the department tweeted it had “received several reports of aggressive fox encounters on or near the grounds of the U.S. Capitol.”

One of the people bitten was Rep. Ami Bera (D-Calif.), who told Heather Caygle of Punchbowl News that the attack was “unprovoked” and the fox lunged at the back of his leg.

Rep. Ami Bera confirms he was BIT by the Senate fox last night

He described attack, which occurred near Russell building, as “unprovoked”

“I didn’t see it and all of a sudden I felt something lunge at the back of my leg,” Bera said.

“I jumped and got my umbrella,” he continues

“Our officers will be taking steps to ensure the correct fox has been captured,” Sam Miller of the Humane Rescue Alliance, the nonprofit that’s contracted to run D.C.’s animal care and control facility, told HuffPost.

But if the captured fox is the right one, it’s not exactly clear what will happen. U.S. Capitol police said in its tweet that that animal control officers “are working to trap and relocate any foxes they find.” When reached by HuffPost, a police spokesperson said the fox’s fate is a question for animal control.

When asked whether killing the fox was on the table, Miller referred HuffPost to D.C. regulations on wildlife bites. The law states that “wildlife that has bitten a person or animal, or caused a potential rabies exposure to a person or animal” must be euthanized immediately for rabies testing. (Because rabies testing involves brain tissue, it cannot be performed on a living animal.)

The D.C. Department of Health did not immediately respond to requests for comment from HuffPost.

The captured fox was female, Miller said, and animal control officers are working to find out if she had any kits in the area.