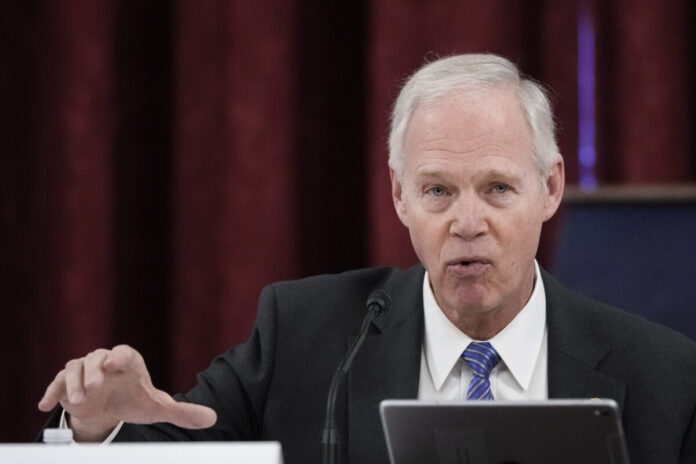 Sen. Ron Johnson (R-Wis.) on April 3 claimed that some major media outlets have been “caught in a cover-up” regarding the Hunter Biden laptop story.

Johnson’s remarks come shortly after The Washington Post and The New York Times published articles verifying and acknowledging the authenticity of Hunter Biden’s laptop, nearly two years after it was first reported by the New York Post shortly before the 2020 election.

However, the New York Post’s reporting of the scandal was promptly suppressed by social media sites including Facebook and Twitter, the latter of which also locked the NY Post’s account for more than two weeks, citing the outlet’s alleged publication of “hacked material” as its justification.

In an editorial titled “The Hunter Biden story is an opportunity for a reckoning,” The Washington Post blamed the reluctance among some media to publish the story on the possibility of it being one of the “unwitting tools of a Russian influence campaign in 2016” among other things.

The Post’s editorial board also stressed that President Joe Biden himself had not “acted corruptly.”

Johnson told Fox News Channel’s “Sunday Morning Futures” that the recent admissions by both The New York Times and The Washington Post prove “how complicit the media was” in concealing Hunter Biden’s laptop before the 2020 presidential election.

“I really think what the New York Times and Washington Post stories prove is how complicit they have been and continue to be in the cover-up,” Johnson said. “And, you know, quite honestly, they’re not impartial. They are the defenders of the Democratic Party of the radical left. You know, The Washington Post learned a lot from their coverage of Nixon. When you get caught up in a cover-up—and that’s what happened, the media get caught up in a cover-up. They are caught with their lies.”

Johnson said that some outlets had participated in “what they call a limited hangout or in [President Richard] Nixon’s case, a modified limited hangout. You’ve let out just enough information, just enough truth to try and get you by the moment.”

A modified limited hangout is a public relations or propaganda technique in which the individual or official involved releases some information that was previously hidden, albeit still retaining important key facts, in an effort to prevent more important details from being exposed.

According to former Central Intelligence Agency official Victor Marchetti, the technique results in the public being “so intrigued by the new information that it never thinks to pursue the matter further.”

“We can’t allow our intelligence agencies, the Department of Justice, the FBI, or the media to get away with this,” Johnson said on Sunday. “This is serious business. This is incredible corruption at the highest levels of government and within our media.”

“We are all being snookered by them. This has been a—from my standpoint—a massive diversionary operation to, you know, to try and take the American public’s attention away from their wrongdoing, their lies, their cover-ups.”

The GOP senator added that “now, we have actual bank records that verify what we reported” and that Hunter Biden’s “laptop is obviously a treasure-trove of additional corroborating evidence as well.”

According to a recent article for The Washington Post, which hired two security experts to authenticate what is purportedly Hunter Biden’s laptop, documents, and messages on the device, Biden pursued a deal with a Chinese Communist Party-linked emergency firm, CEFC China Energy, and its executives “paid $4.8 million to entities controlled by Hunter Biden and his uncle [James Biden].”

Further emails related to his work for the Ukrainian gas company Burisma Holdings, for which he was a board member.

White House chief of staff Ron Klain told ABC News’ “This Week” in an interview on Sunday that Biden believes his son didn’t break the law with regards to his overseas business ties in China, Ukraine, and other countries.

“Of course, the president is confident that his son didn’t break the law,” Klain said.

Biden himself has also stated that his son “did nothing wrong at Burisma.”