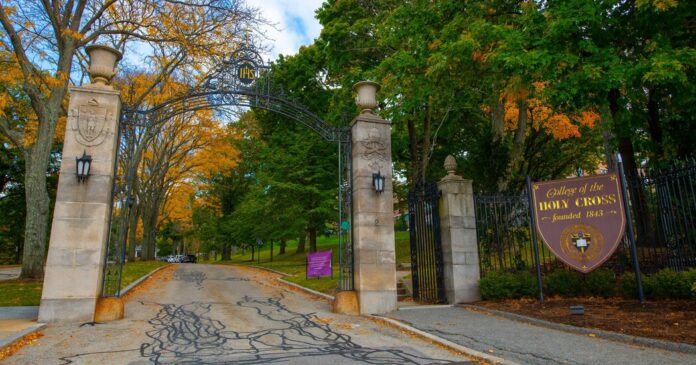 The College of the Holy Cross is renaming the science buildings on its campus in Worcester, Mass., in honor of one of its most famous graduates, Dr. Anthony S. Fauci.

The college announced on Monday that its science complex will be formally known as the Anthony S. Fauci Integrated Science Complex starting on June 11, a date that coincides with Dr. Fauci’s 60th class reunion weekend.

Holy Cross confirmed on Monday that Dr. Fauci, the director of the National Institute of Allergy and Infectious Diseases and President Biden’s top medical adviser on the coronavirus pandemic, will be on campus for the reunion. The National Institutes of Health did not immediately respond to a request for comment.

“We are thrilled to celebrate Dr. Fauci in such a public and enduring way,” the president of Holy Cross, Vincent D. Rougeau, said in a statement. “It’s fitting that Dr. Fauci’s name will adorn a complex designed to foster integrated learning across multiple academic disciplines — the kind of broad, collaborative and holistic thinking one needs to manage health crises such as H.I.V./AIDS, Ebola and Zika, or the current Covid-19 pandemic.”

Dr. Fauci graduated from Holy Cross in 1962 as a classics major with a premedical concentration. He spoke to Holy Cross Magazine in 2021 about how the school’s Jesuit education had influenced his career advising presidents.

“One of the things I learned the first time I ever briefed a president, President Ronald Reagan, is that you have to make a decision when you’re speaking truth to power that you should not be concerned about wanting to be liked,” he said. “Because once you start entering that into your equation, you might, subconsciously, slip into the situation where you tell somebody what you think they want to hear. And that is not truth. So fundamental adherence to truthful principles — that you learn with a Jesuit education — really fortifies you.”

Dr. Fauci delivered a virtual address during Holy Cross’s 2020 commencement ceremony, where he again referred to his Jesuit education.

“Permeating the entire experience was the Jesuit spirit of intellectual rigor,” he said. “Precision of thought and economy of expression are tenets that have remained my touchstones to this day.”