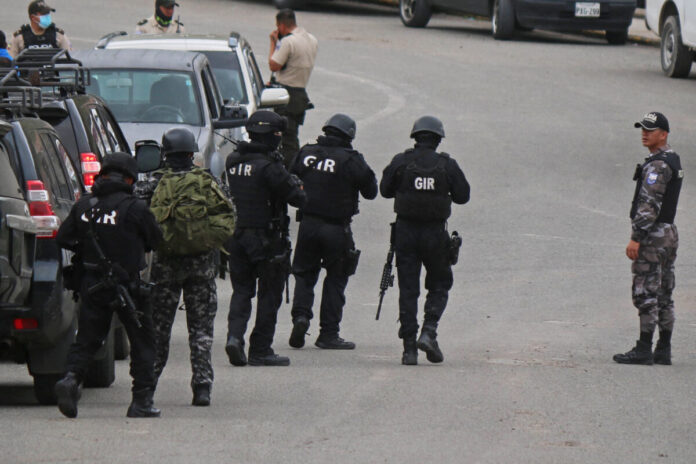 QUITO—At least 12 prisoners died and another 10 were injured during a gang confrontation at a prison in Ecuador, the government said on Sunday, in a new episode of prison violence in the Andean country.

Violence in Ecuadorean prisons, which the government says is related to gang disputes over drug trafficking, killed 316 people last year.

The Inter-American Commission on Human Rights says the system is blighted by state abandonment and the absence of a comprehensive policy, as well as poor conditions for inmates.

The confrontation at the El Turi prison in the city of Cuenca took place early on Sunday, Interior Minister Patricio Carrillo told journalists.

Prisoners were trying to gain control of the prison’s interior, he said.

“Up to now 12 victims have been tallied on the exterior part and in the interior parts work is still being done and an evaluation being made,” Carrillo said.

“There is an organization that wants to have absolute power in the interior of the prison and there are some cells which have rebelled against them,” he said.

The government is adopting measures to regain control of the prison, Carrillo added. Some 800 police and military personnel as present there, the government said earlier on Sunday.

About 90 inmates were evacuated after the incident, 10 of whom were injured, the head of the penitentiary system, Pablo Ramirez said.

There were no reports of escaped inmates, the government said.