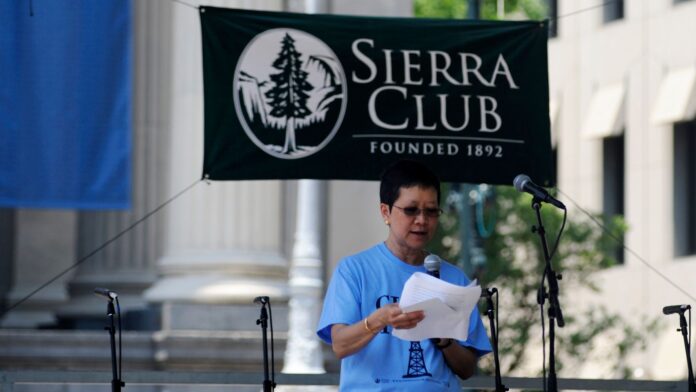 The intense internal conflicts that have roiled the Sierra Club for the better part of a year will come to a head April 27, when the organization’s roughly 780,000 members finish voting for five candidates to sit on its 15-person board. The election features a group of insurgent petition candidates vying against a slate the majority of the current board supports in a fight over the future of America’s most iconic environmental organization.

The four petition candidates, who had to gather signatures to get on the ballot, are running on a platform to “save the Sierra Club” from a board that they contend has engaged in “top-down,” “ideologically-driven” governance, while “censoring and silencing” the club’s grassroots volunteers.

Six board-backed candidates, running as the “Forward Sierra” slate, say that their opponents are intent on reversing or slowing “many of the critical efforts underway to make us a stronger, more unified and more inclusive organization.” Both sides describe the election as the most important in years.

The vote comes in the wake of a series of controversies over race and identity, workplace culture, organizational structure and the legacy of the organization’s founder, John Muir, a longtime symbol of the environmental movement.

In the summer of 2020, then-Executive Director Michael Brune published a statement on the Sierra Club website that effectively portrayed Muir as a racist, titling the piece “Pulling Down Our Monuments” and apologizing for what he described as the club’s “substantial role in perpetuating white supremacy.”

“It’s important to think critically about our movement’s historical figures, John Muir included,” the trio wrote. “However, some recent articles by environmentalists and environmental writers — though perhaps guided by good intentions, and well-written and researched in other respects — contain some inaccurate and unfounded information that could create damaging divisions among the conservation movement and environmental justice advocates.”

The group had initially sought to publish its defense in the Sierra Club’s magazine, but the board voted to prohibit them from doing so. They then turned to the Earth Island Journal, which published their piece in August 2021. The trio also spoke to Politico about their views.

They were ultimately punished in November 2021 when the board majority passed a pair of “accountability resolutions” that officially admonished Mair and Hanson, who were, and still are, board members and accused them of causing “significant and ongoing harm” to the club.

The board majority subsequently declined to back Mair in his reelection bid this year. Hanson is not yet up for reelection.

The spectacle of the club’s first African American president and others being censored and admonished for publicly defending Muir did not sit well with some members ― and it helped give rise to the petition slate that is challenging the current board leadership.

Among them was Michael Dorsey, an environmental scientist who previously served for 11 years on the Sierra Club’s national board and who has now joined Mair as one of the four insurgent candidates.

“We don’t have time for that kind of stuff,” said Dorsey, given the pressing need to fight the climate crisis and to tackle environmental injustice. The club, Dorsey said, needs “a course correction at the top.”

Dorsey and Mair are running on the petition slate alongside Kathryn Bartholomew, a grassroots volunteer leader from New York, and Maya Khosla, a wildlife biologist, writer and forest activist from California.

“I was amazed that the Sierra Club Board of Directors had been so foolish as to try to censor their own people who sought to make a statement in defense of their founder,” Robinson told HuffPost. “It challenged my sense of what this group’s intelligence and motivations actually were.”

“Really, I think the whole board of directors ought to resign after what they did in response to the essay by Mair, Hanson and Nelson,” he added. “They ought to say, ‘Oops, collective moment of insanity. We ruined the reputation of the club, and we are going to resign now and let a new group take over.’”

Robinson, whose forthcoming book involved deep research into Muir, helped gather signatures to get the petition candidates on the ballot.

The Muir controversy, though, is not the only issue in this election fight. Around the same time that Mair and his co-authors published their article, both The Intercept and Politico published the executive summary of an internal Sierra Club report that described “a culture at the Sierra Club that tolerated, excused, or failed to correct those managers and leaders who regularly displayed anger and aggression — yelling, berating, shaming, and otherwise demonstrating unprofessional and abusive behavior in the workplace.”

The report emphasized the club’s need to do more to fulfill its professed “commitment to equity and inclusion” and to address “culture concerns.”

Ramona Strategies, an outside consulting firm that declined to comment for this article, authored the report. In order to further the “cultural transformation underway” at the Sierra Club, the consultants made several recommendations to leadership.

Perhaps the most controversial was their “strong recommendation” that the organization “no longer delegate [managerial authority] to volunteers; all employees should be managed by and subject to the oversight of individuals also under the organization’s clear control and direction as employees.” This issue, more than anything, seems to be at the center of the current board election.

The board-backed candidates say on their website that they are “deeply committed to our mission and to creating an inclusive environment for volunteers and staff.”

“We need to make sure the Club is reaching everyone and feels welcome for people of all backgrounds,” Brian Gómez, a sitting national board member who is running for reelection on the board-backed slate, said in a written statement.

Mair said the petition slate agrees that inclusiveness at the club is paramount and that any harassment, bullying or other inappropriate behavior must be taken seriously and remedied.

But Mair and his allies oppose what they believe is a board and staff effort to strip authority from the club’s thousands of grassroots volunteers, including scores of volunteer-controlled state chapters that have historically operated semi-autonomously. State chapters can elect their own leaders, hire their own staff and set their own priorities.

“This is not a disagreement over whether racism and sexism and harassment should be punished and dealt with,” Mair told HuffPost. “It is a disagreement over the management authority and due process rights of grassroots volunteers .… It is an attack on their rights to lead and run the local organizations that they have created.”

“First they canceled Muir,” he said, “now they want to cancel the power of the volunteers.”

As an example, he pointed to a resolution the board majority passed last year that initiated a “multi-year transition” that he believes will remove the primacy of state chapter volunteer leadership in managing their chapter staff, a longstanding Sierra Club tradition. The new “co-lead” model described in the resolution will give national staff more power over chapter personnel and priorities, Mair said.

He also pointed to sweeping punitive actions the national organization has taken in recent months against grassroots volunteers, including its moves to suspend or threaten suspension of entire elected state chapter governing bodies in places like Colorado and Oregon. In the Colorado case, the board has accused the chapter’s governing body of a “harmful and non-inclusive” management culture, among other allegations, according to a letter HuffPost obtained.

One longtime Colorado chapter member and leader, who asked to remain anonymous for fear of retaliation, pushed back on those allegations, calling them unsubstantiated. She thinks the national organization’s threat to suspend Colorado’s volunteer leadership is based primarily on policy disagreements.

“Historically, the Sierra Club has been a volunteer-run organization, and staff take their direction from volunteers as far as what is prioritized in conservation campaigns. That has been a historical model,” she said. “I think that is a model they want to change, and the easiest way is to get rid of volunteer leadership that doesn’t agree with that.”

Marcia Hanscom, a former national board member and current volunteer leader in the club’s Angeles Chapter in Southern California, said such issues of organizational structure and governance are at the heart of this election.

“A lot of folks are very upset that we are going to lose our democratic organization,” she said. “People feel the grassroots leadership is at serious risk.”

Some of the largest Sierra Club chapters in the country, including the Angeles Chapter, the Atlantic Chapter in New York state, the Colorado Chapter, the New Jersey Chapter and the Pennsylvania Chapter, have endorsed all or a majority of the petition slate.

The national board majority, led by President Ramón Cruz, has endorsed Gómez as well as the other five members of the “Forward Sierra” slate, including Cheyenne Skye Branscum, a member from Oklahoma, Cynthia Hoyle, a member from Illinois, and Shruti Bhatnagar, a volunteer leader from Maryland.

When asked by HuffPost about the autonomy and authority of state chapter governing bodies, Hervé Jean-Baptiste, another board-backed candidate, said in an email that he supports “initiatives that empower chapters to build and invest in grassroots power. The club’s commitment to this has not wavered.”

Allison Chin, another member of the board-backed slate, echoed his perspective, saying that she supports “investments that build chapter capacity and grassroots empowerment.”

Among other endorsements, the board-backed slate also has the support of the Progressive Workers Union, which represents about 400 Sierra Club staffers. The union had denounced Mair and Hanson for their statements about John Muir last year.

Ramón Cruz did not respond to multiple requests for comment. The club’s national communications office had not provided comment at the time of publication. Representatives of the Progressive Workers Union also did not provide on-the-record comment for this article. A memo from the club’s national communications office circulated among board members and volunteer leaders on an open listserv late last year ― which HuffPost has reviewed ― instructed them not to respond to inquiries from this reporter and others looking into the organization’s internal affairs.

All four petition candidates, some of them fearful of being sanctioned for speaking to the press, made clear that statements provided for this article represented their personal opinions, not the views or policies of the Sierra Club itself.

Despite their differences, all sides seemed to agree on at least one thing: The country needs a strong and committed Sierra Club if it is to tackle the climate and extinction crises.