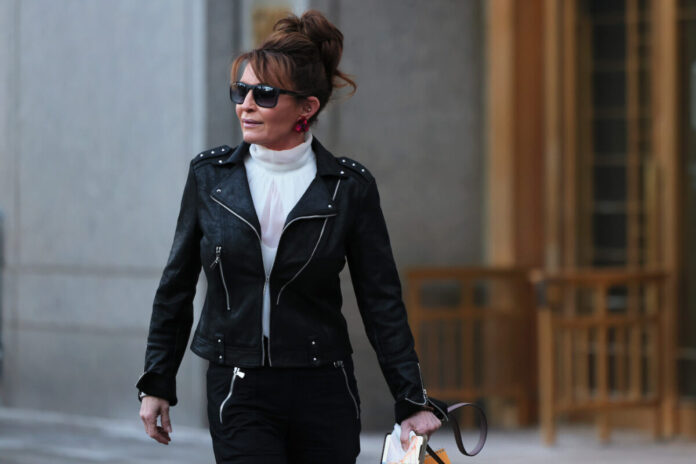 Former Alaska Gov. Sarah Palin announced Friday she is running for Congress to represent Alaska as a House representative to fill the vacant seat left by the late Rep. Don Young (R-Alaska).

Palin, 58, said in an announcement, “Public service is a calling, and I would be honored to represent the men and women of Alaska in Congress, just as Rep. Young did for 49 years. I realize that I have very big shoes to fill, and I plan to honor Rep. Young’s legacy by offering myself up in the name of service to the state he loved and fought for, because I share that passion for Alaska and the United States of America.”

The former governor and 2008 Republican nominee for vice president floated the idea of a congressional run in March in an interview with Newsmax. Palin will join a race with more than 50 candidates vying for the vacant seat.

“America is at a tipping point. As I’ve watched the far left destroy the country, I knew I had to step up and join the fight,” Palin said. “The people of the great State of Alaska, like others all over the country, are struggling with out-of-control inflation, empty shelves, and gas prices that are among the highest in the world.

“We need energy security for this country, and Alaska can help provide that—but only if the federal government gets out of the way and lets the free market do what it does best.”

She said the country needs “leaders who will combat the left’s socialist, big-government, America-last agenda.”

“This country was built by heroes, and the radical left dishonors their legacies by opening our borders to illegal immigrants, mortgaging our children’s future, and selling out our nation’s interests to the highest bidder,” Palin continued. “I’m in this race to win it and join the fight for freedom alongside other patriots willing to sacrifice all to save our country.”

Young is the longest-serving Republican in the history of the House, having served since 1973 after having won a special election—the last time Alaska had a special election for a Congressional seat. Young died on March 18 at the age of 88.

To find a temporary replacement for Young, Alaska Gov. Mike Dunleavy has set the special primary election for June 11 and the special general election for Aug. 16, which is the same date is the 2022 midterm primary.

The special election will be the first to use Alaska’s new election system, approved in 2020, where voters will rank their choices in order of preference, and the top four will proceed to a special ranked-choice general election.

The current two-year term for House members will conclude in January 2023.

Separately, Palin in March appealed (pdf) her defamation suit against The New York Times after she lost the suit against the paper.

Mimi Nguyen Ly is a reporter based in Australia covering world news with a focus on U.S. news. Contact Mimi at mimi.nl@epochtimes.com