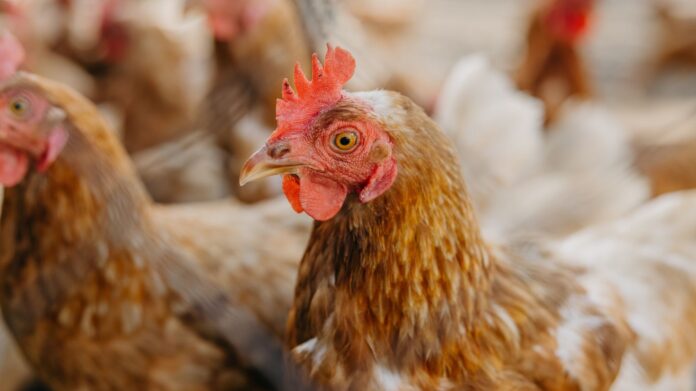 The new cases mean that across the nation, farmers have had to kill about 22 million egg-laying chickens, 1.8 million broiler chickens, 1.9 million pullet and other commercial chickens, and 1.9 million turkeys. Iowa accounts for many of those cases, with operations having to kill more than 18 million chickens and 305,000 turkeys since the outbreaks began a month ago.

Iowa is the nation’s leading egg producer and had 46 million chickens on farms in February, according to U.S. Department of Agriculture data. Iowa raises about 11.7 million turkeys annually.

The latest cases were at an egg farm in Osceola County and a turkey farm in Cherokee County, both in northwest Iowa. Earlier this week, state officials also confirmed the virus on a turkey farm with 35,500 birds in Buena Vista County.

The Centers for Disease Control and Prevention said the cases in birds do not present an immediate public health concern. No human cases of the avian influenza virus have been detected in the United States. It remains safe to eat poultry products. Cooking of poultry and eggs to an internal temperature of 165 ˚F kills bacteria and viruses.