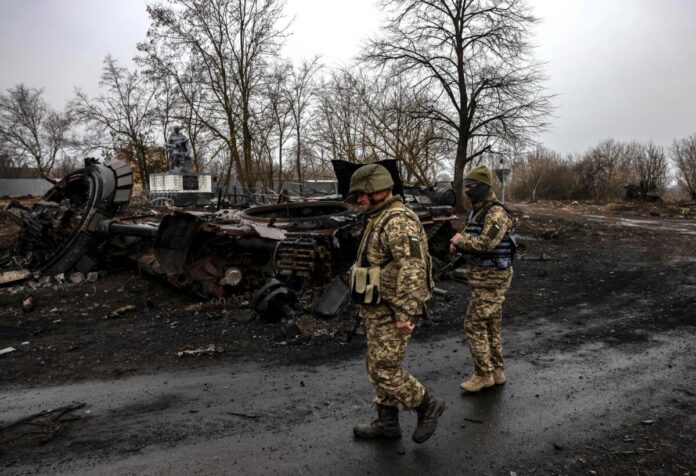 The latest on the Russia–Ukraine crisis, April 2. Click here for updates from April 1.

“Poltava. A missile struck one of the infrastructure facilities overnight,” Dmitry Lunin wrote in an online post. “Kremenchuk. Many attacks on the city in the morning.”

Poltava city is the capital of the Poltava region, east of Kyiv, and Kremenchuk one of the area’s major cities.

There was no immediate information about possible casualties, Lunin said. Reuters could not immediately verify the report.

In the Dnipro region in southwestern Ukraine, missiles hit an infrastructure facility, wounding two people and causing significant damage, Valentyn Reznichenko, head of the region, claimed in an online post.

In the city of Kryvyi Rih a petrol station has been shelled, causing fire, he added.

Ukrainian forces continue to advance against withdrawing Russian forces in the vicinity of Kyiv, British military intelligence claimed on Saturday.

Russian forces are also reported to have withdrawn from Hostomel airport near the capital, which has been subject to fighting since the first day of the conflict, Britain’s Ministry of Defence claimed in a regular bulletin.

“In the east of Ukraine, Ukrainian forces have secured a key route in eastern Kharkiv after heavy fighting,” the ministry added.

Reuters could not immediately verify the report.

Ukraine’s economy shrank 16 percent year-on-year in the first quarter of this year and could contract 40 percent in 2022 as a result of Russia’s invasion, the economy ministry said in a statement on Saturday, citing preliminary estimates.

“Areas in which remote work is impossible have suffered the most,” it said.