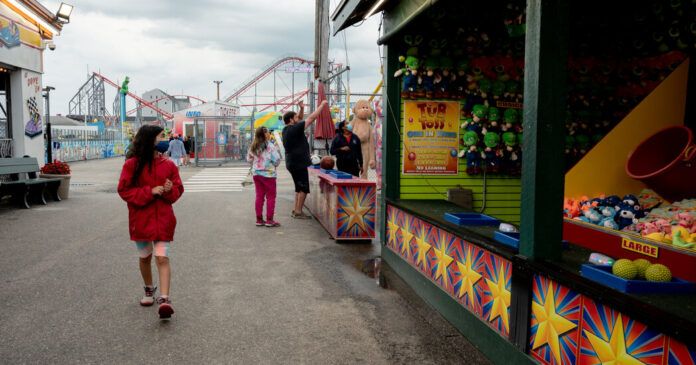 WASHINGTON — The Biden administration, responding to an increasing demand for temporary workers, announced on Thursday that it would make an additional 35,000 seasonal worker visas available for American businesses to hire foreign workers ahead of the coming summer months.

Alejandro N. Mayorkas, the secretary of homeland security, said in a statement that the decision was “informed by current demand in the labor market” in order to “help to support American businesses.”

The number of H-2B visas is normally capped at 33,000 for six months of each fiscal year. U.S. Citizenship and Immigration Services announced at the beginning of March that it had already met the cap for the period from April to September.

Of the 35,000 additional visas made available for this summer, 23,500 will be available to returning workers from the last three years, while 11,500 will be reserved for foreign nationals from Haiti, Honduras, Guatemala and El Salvador.

While the expansion is likely to be welcomed by employers that are looking to fill lower-wage jobs, some labor groups and those who want to restrict immigration argue that the visa program takes away opportunities from American workers and depresses wages. In order to hire foreign workers on an H-2B visa, employers must first prove to the Labor Department that they are unable to find American workers to meet their needs.

U.S. businesses as varied as landscaping companies, amusement parks, restaurants and crab trappers have described how they continue to struggle to hire Americans to fill open positions. The coronavirus pandemic also disrupted the flow of foreign workers into the United States over the last two years. But as the job market has rebounded, many employers have contended with job seekers within the United States with more leverage and less of an appetite for low-level jobs.

“Even with these additional visas, there’s not nearly enough visas for all of the types of workers that employers want to hire on the H-2B program,” said Stephen W. Yale-Loehr, an immigration lawyer who teaches at Cornell Law School. “But in the short term, at least, this is something the administration can do to help immediately.”

In his statement, Mr. Mayorkas acknowledged that foreign workers who fill seasonal positions could face exploitation by employers. He said that the administration would crack down on such violations.

“Recognizing the importance of strong worker protections,” he said, “we will apply greater scrutiny to those employers who have a record of violating obligations to their workers and the H-2B program.”