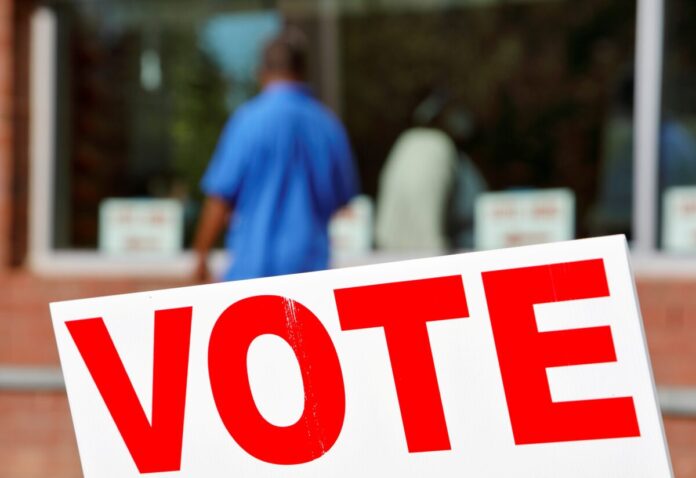 With several important offices on the line, North Carolina primary races will be especially important this year.

North Carolina is a swing state with empty seats in the mix for the Senate and five House races. A win for Democrats in the Senate race could offer them the chance to control the Senate, while a win for Republicans maintains the current balance.

But Republicans have more to lose than Democrats among North Carolina House candidates due to a last-minute redistricting.

Although North Carolina has one more congressional district than it did last year, Republicans will have to win in a highly competitive district to send eight candidates to Congress as they have in the past.

In contrast, Democrats went from five Democrat-majority districts to six.

This year’s primaries will determine who runs in a general election that may prove a difficult battle for Republicans.

With the retirement of conservative Republican senator Richard Burr, the Senate race in North Carolina looks likely to be neck and neck.

Right now, the Senate is divided 50-50 between Republicans and Democrats, with Vice President Kamala Harris holding the tie-breaking vote. This balance makes the Senate race in North Carolina even more important.

In the 2016 election, Burr won by only 5.7 percentage points against his Democratic opponent. With Burr’s seat open in a purple state, the Senate primaries will play an important role in determining which party controls the Senate.

The Democrats have united behind frontrunner Cheri Beasley, a former North Carolina Supreme Court judge. Her biggest primary opponent, state senator Jeff Jackson, dropped out of the race and offered her his endorsement.

Furthermore, she has received campaign donations of $4.9 million so far, about $1.9 million more than the current leading Republican primary candidate.

On policy, Beasley supports Obamacare, gun control, citizenship for illegal immigrants, a higher minimum wage, cutting 50 percent of carbon emissions in the next eight years, higher restrictions on police use of force, and nationwide abortion on demand at any stage of pregnancy.

In the Republican primary, former North Carolina governor Pat McCrory and Rep. Ted Budd (R) run a close race for the nomination at 29 percent and 29 percent respectively, according to a recent poll. But Mark Walker, a former House representative who lags behind them with only 12 percent of the vote, may have the power to impact the race by dropping out.

McCrory hasn’t received an endorsement from former president Donald Trump, but Budd has.

Budd’s campaign site shares most of McCrory’s policies while adding a few about fighting the ideological Left.

His campaign ad’s first page identifies him as a “Liberal agenda crusher.”

Both Budd and McCrory have raised a little over $3 million, leaving each slightly behind Beasley’s fundraising totals.

Despite the looming race against Beasley in the general election, Budd and McCrory have waged an attack-ad war against each other.

Often, both McCrory and Budd attack ads have been deceptive. Budd’s ads took McCrory’s statements out of context, so it sounded like he preferred Biden over Trump.

In his original quote, McCrory joked that Trump loved being on “the stage” too much and that letting President Joe Biden make mistakes on “the stage” would improve the chances of a Trump win in 2024.

“He’s my president and I want him to be re-elected,” he said of Trump. “But he’s gotta get off the stage occasionally and let Joe Biden take over the No.1 position if he wants to be president for a second term.”

Although McCrory did criticize Trump’s claims of victory in the 2020 election, he said he supported him.

A McCrory ad took a quote from Budd out of context to suggest he approved of Putin’s invasion of Ukraine.

But Budd said, “Putin is evil, but that doesn’t mean he’s not smart.”

Several House races in North Carolina have no incumbent this election, giving the chance for political changes.

Due to a last-minute redistricting by state supreme court judges, North Carolina’s Congressional district map favors Democrats this year. With six Democratic districts, seven Republican districts, and one swing district, it could give Democrats two more North Carolina congressmen than they had a year ago.

In addition, North Carolina gained an additional House seat because of population growth, bringing up its total number of seats from 13 to 14.

The First, Fourth, 13th, and 14th Congressional Districts are most likely to see a new House member or a change in party control.

North Carolina’s Democrat-controlled First Congressional District features a primary race between two Democrats with no incumbent. According to the Democratic Congressional Campaign Committee, the district may prove “highly competitive” in the general election.

One Democratic candidate is Don Davis, who supports investment in rural high-speed broadband internet, government improvement of healthcare, cheaper education, and nationwide abortion on demand at any stage of pregnancy.

He has received endorsements from 110 North Carolina political leaders and Democratic Party leaders.

The other Democratic candidate is Erica Smith, a progressive Democrat who supports canceling all student loan debt, subsidizing small farms, a single-payer health care system, increased clean energy, reduced automatic removal of illegal immigrants, free education from pre-kindergarten to college, and nationwide abortion on demand at any stage of pregnancy.

She has received endorsements from the Progressive Democrats of America, climate change activism group The Sunrise Movement, African-American interest group The Collective PAC, and the left-wing activist Truth to Power PAC.

Smith’s campaign ad emphasizes both her background as a minister and her connection to people in her district.

Fundraising efforts indicate that Republicans have put significant effort into winning the First District too.

Sandy Smith is the likely leading Republican candidate there.

North Carolina’s Fourth Congressional District also has no incumbent. Democrat David Price announced that he would not seek reelection.

Democrats Nida Allam and Valerie Foushee are currently leading the primary competition for his seat. Whoever wins will likely win the general election.

Her platform includes support for the Green New Deal, a $23 minimum wage, single-payer healthcare, reducing the defense budget, and nationwide abortion on demand at any stage of pregnancy.

Her campaign ads point out her Muslim faith and how she was impacted by the shooting of three of her Muslim friends by a man in Chapel Hill. Police say the shooter was likely motivated by a dispute over parking, not hatred for Muslims, but Allam claims the crime “a hate crime.”

Allam said in the ad that since then she has fought against “racism and hate.”

Foushee has a platform including a path to citizenship for illegal immigrants, decreased ICE funding, legalizing marijuana, increased restrictions on police, making election day a holiday, the Green New Deal, canceling student debt, raising the minimum wage to $15 an hour, and support for abortion.

Foushee has endorsements from 28 North Carolina leaders and the Elect Black Women PAC.

The dramatically altered 13th Congressional District is extremely competitive, with no incumbent. A Democratic win there would evenly split North Carolina between blue and red, while a Republican win would keep the state narrowly red.

On the Republican side, the race is mostly between Bo Hines and Kent Keirsey.

At this point, Hines leads the Republican race with a fundraising advantage of about $500,000 and an endorsement from Trump. Hines is a Yale graduate and former football wide receiver for the Yale Bulldogs.

His commercials highlight both his Trump endorsement, his background in playing football, and his support for Trump-favored policies. Another commercial argued for the importance of creating voter ID laws.

Keirsey has similar policies. He emphasizes his background as a combat veteran and business leader.

On the Democratic side, state senator Wiley Nickel leads the race with about 10 times the funds of the second-best funded Democrat.

North Carolina’s 14th Congressional District leans Democrat and is a new addition as of this year. In it, Democrat Jeff Jackson will almost certainly be the Democratic primary winner, with $3.3 million in campaign funds raised.

Jackson is a veteran, state legislator, and former assistant district attorney. His website highlights endorsements from thousands of North Carolina citizens. He has also received an endorsement from the progressive veteran group VoteVets.