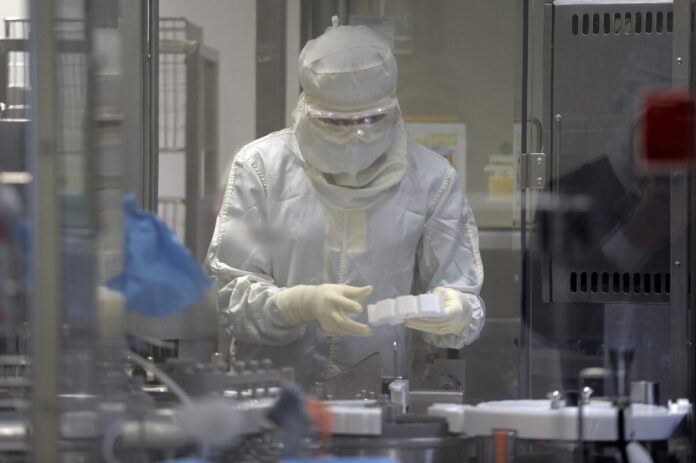 The U.S. House of Representatives passed legislation on March 31 that will limit the monthly cost of insulin to $35, a move that is claimed to be for the benefit of millions of Americans who depend on the drug.

HR 6833 or the Affordable Insulin Now Act was sponsored by Rep. Angie Craig (D-Minn.). It was passed by the House largely along party lines by a vote of 232–193, with only a few Republicans supporting it.

“The bill caps cost-sharing under the Medicare prescription drug benefit for insulin products at (1) $35 in 2023 regardless of whether a beneficiary has reached the annual out-of-pocket spending threshold, and (2) $35 beginning in 2024 for those who have not yet reached this threshold,” from the bill’s summary.

After spending this amount on deductibles, copayments, and coinsurance for in-network care and services, a person’s health plan will pay 100 percent of the costs of the covered benefit.

Over 34 million U.S. citizens suffer from diabetes according to the U.S. Centers for Disease Control and Prevention (CDC). Most of them have type 2 diabetes which does not require insulin injections to keep sugar levels under control. However, almost 1.9 million Americans with type 1 diabetes are required to take insulin every day. And insulin does not come cheap.

In the 20 years between 1999 and 2019, insulin prices have skyrocketed. For instance, the price of a vial of insulin Humalog surged from $21 to $332 during this period. On average, diabetic patients in the country are spending around $800 per month to cover their medical expenses, according to the American Diabetes Association. Such high prices force many people to skip doses while some resort to black markets to secure cheaper insulin.

During the House debate, Rep. Frank Pallone (D-N.J.), who chairs a committee that oversees government policy on health, extended his support for the bill, stating that “no one should have to ration their insulin to help reduce costs and risk their health and in some cases actually cost them their lives.”

However, Republicans have strongly opposed the bill, with Rep. Cathy McMorris Rodgers (R-Wash.) calling the legislation a “government drug-pricing scheme; part of a socialized medicine approach that would lead to fewer cures” and end up raising health insurance premiums. The bill now heads to the Senate for a vote.

Activist organization FreedomWorks also argued against the bill, pointing out that the issue of high prices is created by the federal government and its “heavy-handed price controls.” Pharmacy benefit managers (PBMs) play a crucial role in the “dramatic rise” of the cost of prescription drugs, the organization’s president Adam Brandon said in a post.

PBMs are third-party administrators who decide which drugs can be categorized under formularies—a list of approved drugs that can be prescribed by hospitals and are covered by insurance policies.

“Ostensibly, PBMs negotiate to obtain the best price. However, these ‘savings’ are often pocketed by PBMs themselves and aren’t passed onto patients. Since they are reimbursed based on the markdown from the original list price, PBMs are incentivized to prioritize drugs with higher list prices, so they can receive a larger markdown,” the organization said.

Investigations conducted by bipartisan congressional groups have found both drug companies as well as PBMs as being responsible for rising insulin prices.