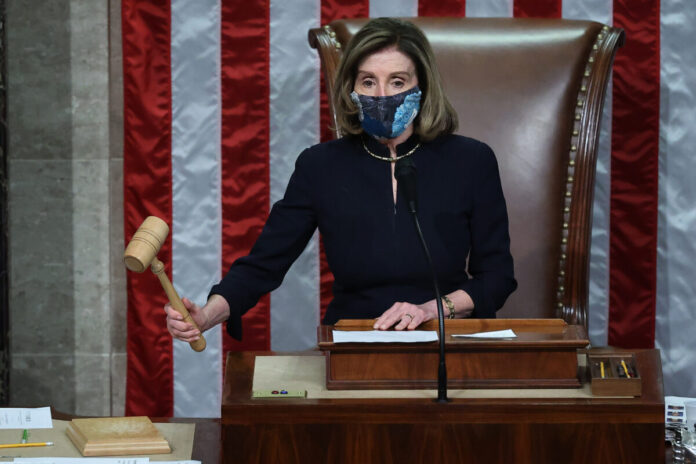 The House of Representatives passed a bill on Friday that would decriminalize possession of marijuana at a federal level, sending it to the Senate.

The bill passed by a vote of 220 to 204, with three Republicans—Reps. Tom McClintock (R-Calif.), Brian Mast (R-Mich.), and Matt Gaetz (R-Fla.)—joining Democrats to pass the bill.

The bill would make it no longer a violation of federal law to possess marijuana.

The bill was put forward by Rep. Jerry Nadler (D-N.Y.) and would, among other measures, allow those who have used marijuana to gain security clearance, permit the Veterans’ Administration to prescribe cannabis for medical and mental health reasons, and would allow the federal government to place a sales tax on sales of marijuana.

Democrats marketed the bill as a panacea for those whose records are blemished by marijuana possession, and avoided the fraught social and moral questions of drug use altogether.

House Majority Leader Steny Hoyer (D-N.Y.) said that criminal records for marijuana possession “can haunt people of color and impact the trajectory of their lives and career indefinitely.”

During a weekly press conference on Thursday, Speaker of the House Nancy Pelosi (D-Calif.) supported the bill on similar grounds when asked about the potentially negative social effects that expanding marijuana use could bring about.

“The fact is that many states have already done that,” she continued.

At the time of publication, only 12 states in the United States do not legally allow the use of marijuana. Those states that do allow it have various approaches to handling the controversial drug, which remains illegal at a federal level. Many states have permitted the medical use of marijuana, while a handful of others have legalized the use of marijuana for recreational purposes.

“And so this is consistent with what is happening in many states across the country,” Pelosi said.

The bill “also addresses the injustices of it,” Pelosi continued, “because of what penalties had been before some of this decriminalization took place.”

Now that it has passed the House, the bill will need to make it through the Senate in order to reach President Joe Biden’s desk. However, it will be much harder for proponents to push the legislation through the equally-divided upper chamber, where a bill must receive 60 votes to end debate and go to a simple majority floor vote.

Many Republicans, as well as their voters, remain opposed to the legalization of marijuana in any capacity.

Efforts spearheaded by Senate Democrats to pass similar legislation have stagnated, and are not widely expected to have enough support to overcome the 60-vote filibuster threshold.

President Joe Biden has indicated in the past that he would sign such a bill if it came to his desk.