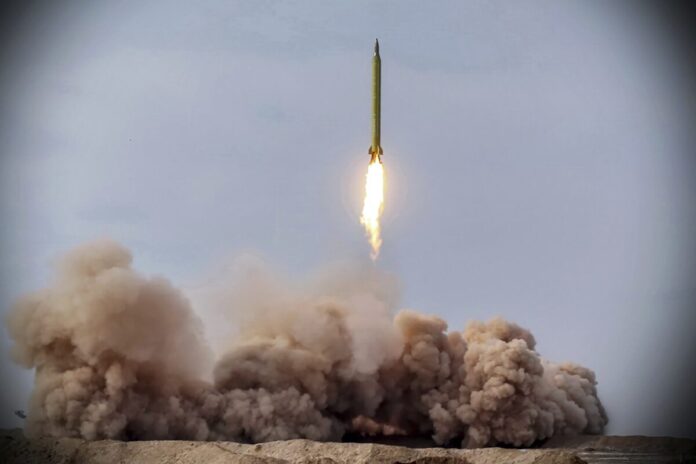 The United States on March 30 announced new sanctions on a number of entities it says are involved in efforts to obtain materials for Iran’s ballistic missile programme.

Hosseini and his companies have been involved in “efforts to procure equipment used to produce ballistic missile propellant and related materials in support of Iran’s missile program,” Secretary of State Antony Blinken said in a statement on Wednesday.

The department said the materials were procured for an Islamic Revolutionary Guard Corps (IRGC) unit responsible for research and development of ballistic missiles, as well as Parchin Chemical Industries (PCI), which is part of Iran’s Defense Industries Organization and subject to U.S. sanctions.

“Iran’s ballistic missile-related activities continue to destabilize the Middle East region, and the United States will continue to use every tool at our disposal to disrupt them,” Blinken said on Wednesday.

“The United States will not stand by while Iranian networks support U.N.-designated entities such as PCI,” he said.

Hosseini and his network of companies are being sanctioned pursuant to Executive Order 13382, which “targets proliferators of weapons of mass destruction and their means of delivery for their involvement in Iran’s ballistic missile-related activities.”

The sanctions freeze any U.S. assets belonging to those targeted, including entities 50 percent or more owned either directly or indirectly by them, and generally prohibits Americans from dealing or transacting with them.

Those that engage in certain transactions with the sanctioned individuals and entities may themselves be subject to law enforcement action or sanctions.

The Treasury Department said the sanctions were in response to Iran’s recent missile attack on Erbil, Iraq, as well as missile attacks by Iranian proxies against Saudi Arabia and the United Arab Emirates.

White House national security adviser Jake Sullivan said on March 13 that Iran’s missile attack on Erbil, the capital of Iraqi Kurdistan had targeted a civilian residence “without any justification.”

No injuries or deaths have been reported from the attack.

“This action reinforces the United States’ commitment to preventing the Iranian regime’s development and use of advanced ballistic missiles,” said Under Secretary of the Treasury for Terrorism and Financial Intelligence, Brian E. Nelson. “While the United States continues to seek Iran’s return to full compliance with the Joint Comprehensive Plan of Action, we will not hesitate to target those who support Iran’s ballistic missile program. We will also work with other partners in the region to hold Iran accountable for its actions, including gross violations of the sovereignty of its neighbors.”

The latest sanctions come as talks to revive Iran’s tattered 2015 nuclear deal, also known as the Joint Comprehensive Plan of Action, appear to have stalled.

The United States withdrew from the 2015 deal under former President Donald Trump, who then imposed tight sanctions on Iran.

Khatibzadeh accused the U.S. government of continuing to “violate the deal and U.N. Security Council Resolution 2231,” despite also claiming they are ready and willing to return to the Iran nuclear deal.