State Dept. Will Allow Americans to Mark Their Gender as ‘X’ on Passports 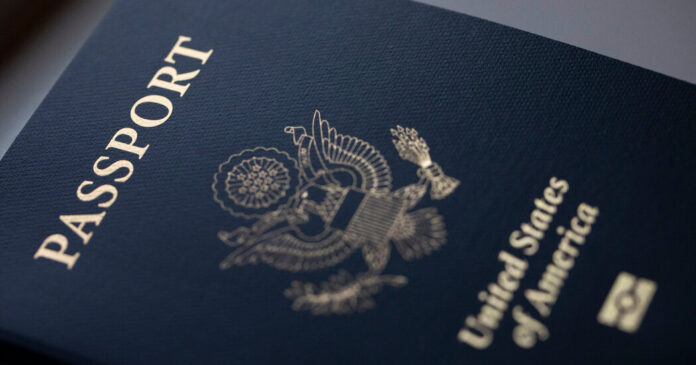 WASHINGTON — The Biden administration on Thursday announced several measures intended to make federal forms of identification, applications for federal programs and travel documents more inclusive for Americans who identify as transgender or nonbinary, or who otherwise do not conform to traditional gender roles.

One long-awaited change will give Americans the option of indicating their gender with an “X” on passports starting April 11.

The plan was announced last summer, shortly after the State Department rescinded a rule requiring a certificate from a doctor stating that an applicant had transitioned or was in the process of transitioning in order to change their gender on their passport.

Officials had said that the process was complicated and would take time to complete. Douglass Benning, a principal deputy assistant secretary for the State Department’s bureau of consular affairs, said on Wednesday that the process had included collecting public feedback, consulting countries that had taken similar steps, and working with the Centers for Disease Control and Prevention and the National Institutes of Health to collect research on how to define an X gender marker.

“We are firmly committed to promoting and protecting the freedom, dignity and equality of all persons, including transgender nonbinary, nonbinary and gender-nonconforming persons around the world,” Mr. Benning said.

On Being Transgender in America

The Transportation Security Administration will also offer the “X” option for gender for applicants to its Trusted Traveler programs, which expedite travelers at U.S. airports and across international borders, beginning April 11.

The Biden administration said the option of the “X” category would soon be expanded to applications for federal student aid, discrimination complaints with the Equal Opportunity Commission and the White House’s security system for workers and visitors.

The T.S.A. also announced new initiatives aimed at making its security screening more inclusive, such as removing gender considerations from the process of validating a traveler’s identity and updating body-scanning procedures. The current technology differentiates anatomy, meaning that an officer has to press a button to inform the machine of a traveler’s gender before a body scan. That can potentially prompt an alarm if the contours of a person’s body do not match the generic outline that the software expects.

Activists said that allowing Americans to identify by a gender other than the one on their birth certificate or other official documents was a monumental step, given that many people face hurdles in changing or obtaining other forms of identification, like a driver’s license, that accurately identify them.

“This is absolutely phenomenal for transgender Americans,” said Rodrigo Heng-Lehtinen, the executive director of the National Center for Transgender Equality. “Many people still live in states where that process for updating your driver’s license or state ID is onerous and might be very expensive.”

More than 20 states provide a gender-neutral option of X on driver’s licenses, but dozens do not or have requirements, like certification from a doctor, to change gender.

Jessica Stern, the U.S. special envoy to advance the human rights of L.G.B.T.Q.I.+ people, said the government would highlight the inclusion of gender options on passports in its promotion of L.G.B.T.Q. rights globally.

“With this development, the United States joins with other countries that recognize their gender options on passports without additional verification beyond the person’s own affirmation,” she said.