C.D.C. to Lift Order Restricting Immigration During the Pandemic 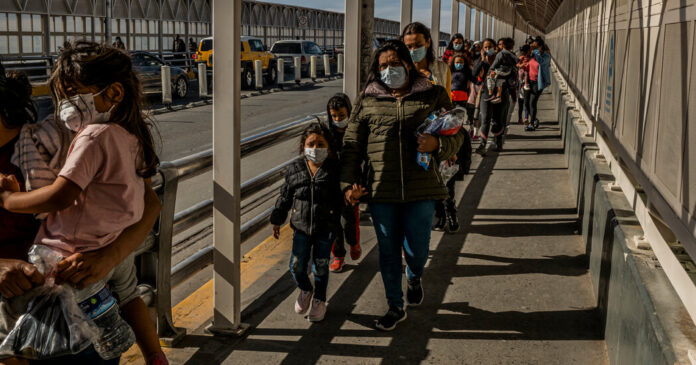 While Mr. Biden won most of the Texas border in 2020, some towns there saw a shift to the political right. The region has been particularly hard-hit with the influx of migrants being released into local communities. Nonprofit organizations along the southwest border provide a significant amount of assistance, but the spike at times has been overwhelming for them as well.

Immigration and human rights advocates have said that the order turned out to be former President Donald J. Trump’s most successful measure to limit the number of people getting asylum in the United States. Stephen Miller, the architect of Mr. Trump’s restrictive immigration policies, tweeted on Wednesday that lifting the public health order would be “one of history’s most spectacular travesties” and would “open the floodgates on a biblical scale.”

Mr. Biden’s decision to leave the order in place for more than a year, after campaigning to restore compassion to the immigration system, raised doubts among immigration advocates about his commitment to doing so.

Even with the order in place, the Biden administration has allowed hundreds of thousands of undocumented migrants to face deportation proceedings, many of whom arrived in the country with young children. Reasons have varied from humanitarian exemptions to operational restrictions such as limited detention space. The United States cannot expel migrants from certain countries, including Cuba, Nicaragua and Venezuela, because of diplomatic strains, and those migrants are making up a fast-growing number of new arrivals.

Since October, border officials have apprehended 900,000 undocumented migrants at the southwest border, according to the Homeland Security Department. In the 12 months before that, undocumented migrants were caught a record-breaking 1.7 million times. Among the reasons the department has cited for the increase are natural disasters, “severe economic decline causing food and housing insecurity,” crime, corruption, lack of education and health care, and the pandemic.

Some argue that the inconsistent enforcement of the public health rule and an absence of punishment for those caught crossing illegally is partly to blame for the high numbers. Homeland Security officials estimate that 30 percent of illegal crossings during the pandemic are repeat offenders.

The spike in illegal migration has at times overwhelmed border officials. To speed up the time it takes to process people into the country and avoid overcrowding in congregate settings, border officials have released some migrants into the country with incomplete paperwork and no court date, leaving migrants in limbo and creating new backups in the already-backlogged immigration court system. Immigrants wait an average of five years before their first court date.