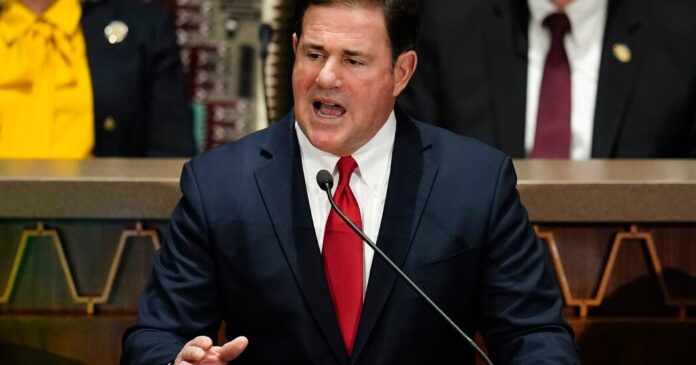 “Those people won’t get their ballot in the mail,” said Alex Gulotta, the state director for All Voting Is Local, a voting rights group. “They may go try and vote and they’ll find out they’re no longer registered and it’s too late to register, and they will in fact be disenfranchised for this election in November.”

Why are voting rights an issue now? In 2020, as a result of the pandemic, millions embraced voting early in person or by mail, especially among Democrats. Spurred on by Donald Trump’s false claims about mail ballots in hopes of overturning the election, the G.O.P. has pursued a host of new voting restrictions.

Why are these legislative efforts important? The Republican push to tighten voting rules has fueled doubts about the integrity of the democratic process in the U.S. Many of the restrictions are likely to affect voters of color disproportionately.

Which states have changed their voting laws? Nineteen states passed 34 laws restricting voting in 2021. Some of the most significant legislation was enacted in battleground states like Texas, Georgia and Florida. Republican lawmakers are planning a new wave of election laws in 2022.

Will these new laws swing elections? Maybe. Maybe not. Some laws will make voting more difficult for certain groups, cause confusion or create longer wait times at polling places. But the new restrictions could backfire on Republicans, especially in rural areas that once preferred to vote by mail.

The worries about tens of thousands of additional voters losing their registration are rooted in a 1996 state law that requires proof of citizenship to obtain a driver’s license. Because of that law, the state could assume that anyone registering to vote with a driver’s license had already proved their citizenship status. But 192,000 people in Arizona have pre-1996 driver’s licenses, according to the state’s Department of Transportation.

Sam Almy, a Democratic strategist, sought to estimate a partisan breakdown of who would be affected by the new law by comparing those who had not updated their voter registration in Arizona since 2004 with a Democratic voter file. According to Mr. Almy, 45 percent of potentially affected voters were Republicans, compared with 36 percent who were Democrats. Nearly 90 percent of the voters were over the age of 50.

Mr. Greenbaum said it was unclear whether the new law would immediately be applied retroactively to affected voters. He also said that it was unclear if any would be notified if their registration had become invalid.

As in other states, local election officials in Arizona have been strained by limited funding, threats to their safety and new, graver penalties for mistakes.

A bipartisan group of local election officials asked Governor Ducey in a letter last week to veto the bill, criticizing its “unconstitutionality” and saying that it would put “county recorders and election officials in the untenable position of trying to comply with state law while at the same time clearly violating the federal National Voter Registration Act.”

Local election officials warned of another logistical headache: The law, as signed, would go into effect 90 days after the Legislature adjourns for the year, which could be as late as June. But Arizona’s primary election is set for Aug. 2, which could mean that the primary will be held under the old laws and the general election will have to abide by the new law.