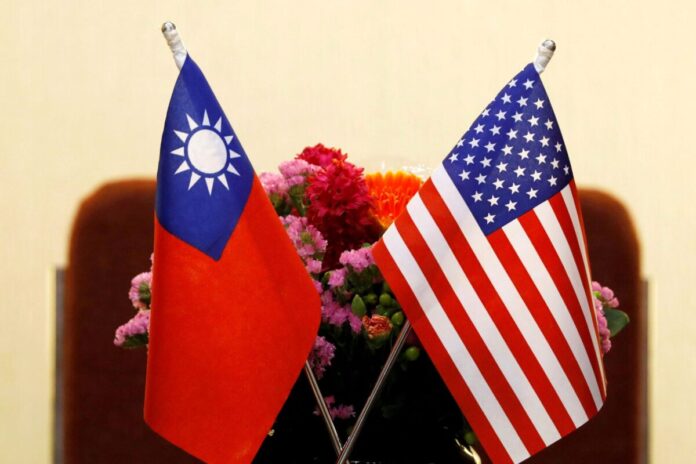 Two hundred members of the U.S. House of Representatives have shown their support for Taiwan’s inclusion in the Indo–Pacific Economic Framework (IPEF) that the Biden administration plans to launch early this year.

In a letter (pdf) sent to Commerce Secretary Gina Raimondo and U.S. Trade Representative Katherine Tai, the bipartisan group of lawmakers said there are a “compelling” number of reasons in favor of Taiwan’s participation in the IPEF, part of the Biden administration’s vision to ramp up economic engagement in that vital region.

“As Taiwan is a major economy in the Indo–Pacific region, we strongly believe that Taiwan should be invited to participate in the IPEF,” the lawmakers wrote.

The authors also noted that Taiwan has already expressed an interest in participating in the IPEF.

On March 9, Taiwan’s Chief Trade Negotiator John Deng said Taiwan is looking to be a “full member” of a U.S.-led economic framework in the Indo–Pacific region, noting that the self-ruled island is a “reliable and stable partner politically and economically” and a key part of the global supply chain.

“Taiwan is very willing to support the U.S. Indo–Pacific Economic Framework,” Deng said during a virtual webinar on Taiwan’s role in global supply chains, hosted by the Brookings Institution, a Washington-based think tank. “We believe our participation will further strengthen this framework,” Deng added.

In their letter on Wednesday, representatives noted that Taiwan has long been an important trading partner of the United States, serving as its eighth largest in 2021 with $114 billion in total trade.

They also referred to its key role in diversifying the U.S. supply chain away from China, and the U.S.–Taiwan Economic Prosperity Partnership Dialogue through which Taiwan and the United States have discussed multiple economic issues such as digital commerce, 5G networks, telecommunications security, supply chains, infrastructure cooperation, renewable energy, global health, and science and technology.

Many of those same issues will be addressed by the IPEF, the representatives noted.

House members also pointed to Taiwan’s active membership in the Asia Pacific Economic Cooperation (APEC) group since 1991 and close work with countries in the region to facilitate trade and liberalize investment.

“Also, Taiwan has built up its partnerships with regional countries under the Global Cooperation and Training Framework (GCTF), a platform co-founded by the United States and Taiwan which Japan and Australia subsequently joined as full partners,” members said.

“Since its founding in 2015, GCTF’s international workshops attract thousands of participants from the regional countries that benefit from Taiwan’s expertise. That expertise would also enhance the likelihood of a successful outcome of the IPEF deliberations.”

House members concluded that for these reasons, Taiwan “should be at the front of the line to be invited to participate in the IPEF” and its inclusion would “also send a clear signal that the United States stands with its allies and partners, and will not be bullied by the PRC,” referring to the People’s Republic of China.

Amid Russia’s invasion of Ukraine, House members asserted that it is “critically important” for the United States to “unequivocally support Taiwan as it confronts an increasingly bellicose PRC.”

Taiwan has been on a heightened state of alert since Russia invaded neighboring Ukraine that China—which views Taiwan as its own territory—may make a similar move.

“Taiwan’s admission to the IPEF would be an essential step in demonstrating America’s resolve to protect, defend, and strengthen that key partnership,” they concluded.

President Joe Biden says the IPEF is focused on “sustained and creative collaboration with allies, partners, and institutions, within the region and beyond it” and aims to “more firmly anchor the United States in the Indo–Pacific and strengthen the region in the process” while pushing back on what the United States sees as China’s attempts to become the world’s dominant power.