Putin Being ‘Misled’ by His Own Generals on War 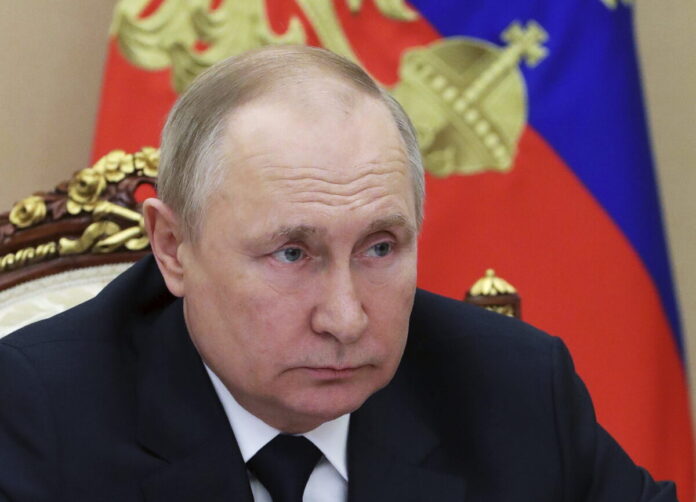 “We believe that Putin is being misinformed by his advisors about how badly the Russian military is performing, and how the Russian economy is being crippled by sanctions because his senior advisors are too afraid to tell him the truth,” White House Communications Director Kate Bedingfield said in a press briefing.

To support that assertion, Bedingfield cited U.S. intelligence that asserted Putin “felt misled by the Russian military” and claimed there’s “now persistent tension between Putin and the [Ministry of Defence], stemming from Putin’s mistrust in MOD leadership.”

That assessment was echoed by Pentagon spokesman John Kirby, saying the Russian commander-in-chief has “not been fully informed” by the Defense Ministry throughout the course of the conflict, which started Feb. 24. However, Kirby didn’t offer details or evidence on the claim.

Earlier Wednesday, a top Russian negotiator said that the Kyiv government “essentially agreed” to some of Moscow’s key demands that Ukraine not join NATO or allow foreign troops or bases on its soil.

“Ukrainian negotiators have essentially agreed to Russia’s principle security demands of rejecting NATO membership and regarding the presence of foreign military bases on its territory,” the Kremlin’s chief negotiator Vladimir Medinsky said, adding that Kyiv has “stated willingness to meet core Russian demands,” according to Russian state media.

Previously, several rounds of peace talks have yielded few results. U.S. and Western officials have said they believe Moscow is using the negotiations to regroup forces around different cities.

Meanwhile, President Joe Biden told Ukrainian President Volodymyr Zelenskyy during a 55-minute call that an additional $500 million in direct aid for Ukraine was on its way. It’s the latest burst of American assistance as the Russian invasion grinds on.

Biden notified Zelenskyy about the latest tranche of assistance during a call in which the leaders also reviewed security aid already delivered to Ukraine and the effects that weaponry has had on the war, according to the White House.

Zelesnkyy has pressed the Biden administration and other Western allies to provide Ukraine with military jets, something that the U.S. and other NATO countries have thus far been unwilling to accommodate out of concern it could lead to Russia broadening the war beyond Ukraine’s borders.

Also on Wednesday, Russian attacks and shelling have allegedly occurred around Kyiv and Chernihiv after the Kremlin said a day earlier that it would draw down some of its forces in those regions. That was met by skepticism from both the Pentagon and NATO.

Russian Defense Ministry spokesperson Igor Konashenkov, however, told state-run media that the initial stage of Russia’s invasion involved forcing Ukraine’s military “to concentrate its forces, means, resources, and military equipment to hold large settlements in these areas, including Kyiv.” At the same time, he added, Russian forces would then have more freedom to operate in the Donbass region in eastern Ukraine.