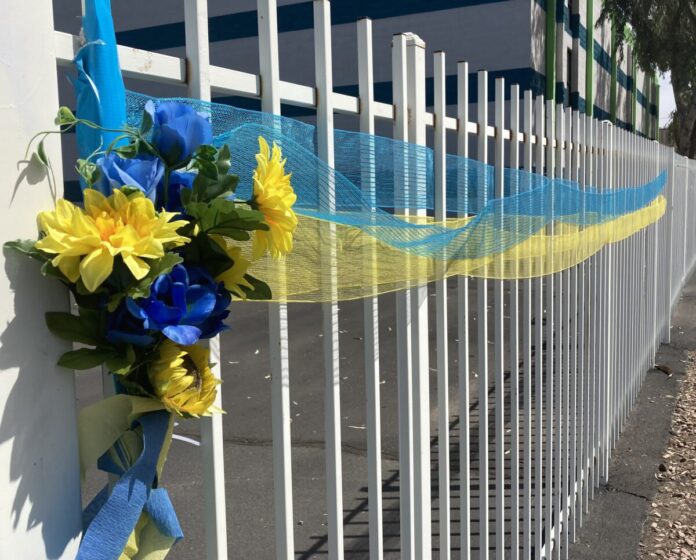 GOODYEAR, Ariz.—There was a time not long ago when Valentina Cerkas could tell the world she was from Russia.

Now, she feels uncomfortable saying it out loud following the Russian invasion of Ukraine on Feb. 24.

“It’s embarrassing to me—I hate to say that,” Cerkas told The Epoch Times. “I just say I’m me. I’m a nice person.”

Cerkas admits it’s not a good time to be a Russian or Russian speaker in America these days, with “Russophobia”—the fear of all things connected with that country—a concern for her now.

“Luckily, everything is great now,” Aguichev told The Epoch Times, citing a wellspring of community support.

Still, Aguichev said he is “not surprised” by acts of Russophobia given the volatile relations between Russia and the West.

After Ukraine was invaded Ed Vertov, the Russian owner of Stellar Remnant record store in Los Angeles, told his followers on social media that he received an eviction notice from his landlord.

The store’s last day was March 27. There were no special events or goodbye parties—“none of that,” Vertov posted on Facebook.

“As you might have heard we have been struggling with the shop,” he said in another post.

“We absolutely understand that our problems are nothing compared to what people are living through war and how much suffering it causes. It must stop immediately. We take things for granted and that’s just human nature.”

He added, “It’s unfortunate that it came to this [eviction notice], but we do not want to be where we are not welcome and with the hate and threats we have been getting, it’s not a good time for us to own a storefront.”

“Only love will save the world,” he said.

Vertov told The Epoch Times his future business plans will be announced at a later date.

At Yasha From Russia, a busy Russian and European delicatessen in Phoenix, manager Ramses Salazar said vandals sealed the rear door shut with superglue after the invasion.

The store has also received rude comments and phone calls from people telling staff to “go back to your country,” Salazar said. 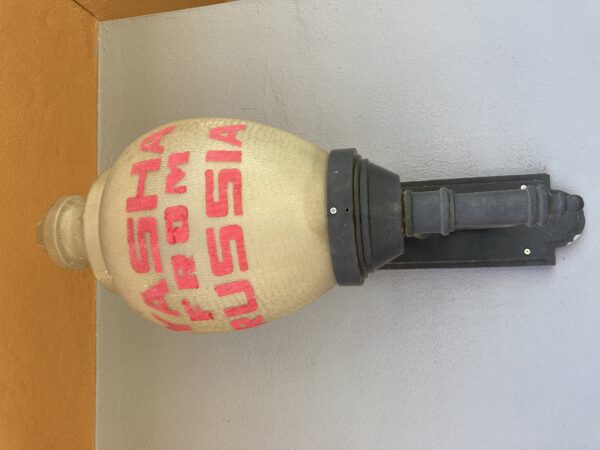 As a former Muscovite, Cerkas said it is only human to act out in fear and anger when people feel threatened—no matter how unjustified.

She is staunchly against the war in Ukraine. Her stance has come at a price in friendships lost—both Russian and Ukrainian.

To these people, “I have nothing to say other than to stop communicating,” Cerkas said with a note of sorrow. “There’s no arguing or changing anybody’s mind.”

Cerkas, now retired after 30 years as a teacher in Arizona, likened Russophobia to anger directed against Muslims in the United States after 9/11 for no other reason than their language or ethnicity.

Veronika Williams, lecturer/recruitment coordinator for the University of Arizona’s Department of Russian and Slavic Studies, is also a Russian national who became a naturalized U.S. citizen.

She said anti-Russian sentiment is a reality in the United States, but it’s “complicated.”

There is also a sense of “collective guilt” among Russians and Russian speakers here over the situation in Ukraine, she said.

“People who live in the United States who are Russian see the world differently because we have and see different perspectives and sources on the world,” which is different from many Russians in Russia who are “brainwashed” by state-run media, she said.

Williams told The Epoch Times, “We understand the atrocities of this unjust and unprovoked war. It’s harder to proclaim today I am Russian. I say I am from Tucson.

“Nonetheless, we still experience this feeling of collective guilt [that] it is my home country doing that” to Ukraine.

Williams said many Russians also appear to be facing an emotional “identity crisis,” trying to adjust to the reality of the war on Ukraine and struggling to stay connected to those who are in Russia and might have different views.

“I don’t know anyone in my circle in the United States who supports the war. I see my mission  as an educator to show that not all Russians support the war,” she said.

“There are also Russians in Russia who protest and risk [their] freedom to show their opposition to the regime and the war on Ukraine.”

Natalya Ralyk, who was born in Siberia in the former Soviet Union, is now married and living in Tucson. She became a naturalized U.S. citizen after completing her doctoral degree in 2010.

Ukrainian by heritage, Ralyk said she has yet to experience Russophobia in her community regardless of opposition to the war.

“We have to accept responsibility and go through this,” Ralyk told The Epoch Times. “I express it in my opinions.

The broader issue, she said, is that many Americans do not distinguish among the different ethnic groups that make up the Russian Federation.

They’re all Russians in their eyes.

But in the current political climate, anti-Russian sentiment occurs though many oppose Putin.

To say that one is Russian now is to convey an “absolutely negative connotation,” Ralyk said. “People don’t want to differentiate. People are angry.”

Many Americans also don’t have “full access to the facts” in Ukraine so their understanding of the conflict is limited by the media.

Likewise, many Russians are living in an “information bubble” of state-controlled news outlets in Russia, she said.

“When we talk about the war, it’s hard to talk because many Russians are brainwashed,” Ralyk said. “It affects everyone.”

From Russia, With Hope

The Russian American population is currently estimated at 3 million people. In Arizona, Russians comprise nearly 2.25 percent of the population of Scottsdale, the state’s fifth-largest city with nearly 260,000 residents.

Obtaining a U.S visa has also proved challenging for many Russian emigres due to the Kremlin’s forced reduction of the American consular workforce in Moscow.

“Nonimmigrant visa applications may be processed wherever an applicant is physically located and can schedule an appointment,” according to a U.S. State Department spokesperson.

“Whenever an individual applies for a U.S. visa, a consular officer reviews the facts of the case and determines whether the applicant is eligible for that visa based on U.S. law.

“Consular officers deny visa applications if an applicant is found ineligible under the Immigration and Nationality Act or other provisions of U.S. law.  We have no changes to visa eligibility to announce at this time,” the spokesperson added.

While both sides in the Ukraine conflict have been accused of demonizing the enemy, Cerkas said she’s afraid Russophobia will only get worse if the conflict escalates.

“I’m afraid that Russophobia will spill onto everyone who is from that neck of the woods. And that would be very unfair,” she said.