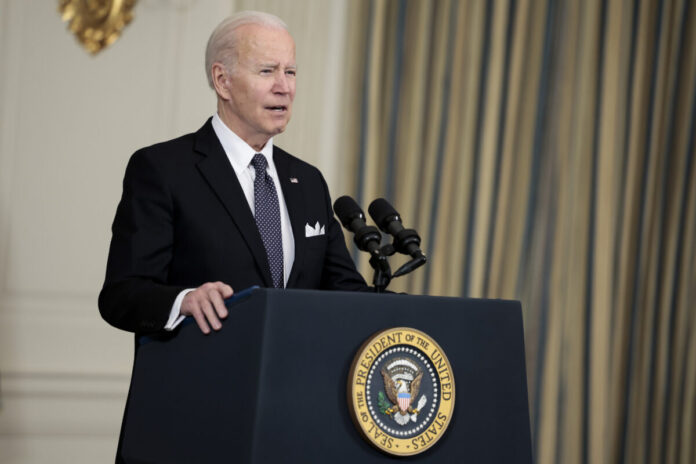 President Joe Biden on Tuesday signed into law the first anti-lynching legislation in U.S. history that would make the act a federal hate crime.

“All right. It’s law,” Biden said shortly after he signed the Emmett Till Anti-Lynching Act at a desk in the White House Rose Garden alongside Vice President Kamala Harris, members of Congress and top Justice Department officials.

The legislation, which passed Congress on March 7, enables the prosecution of crimes as lynchings if they are done during a hate crime in which the victim is injured or slain.

The new law carries a maximum sentence of 30 years in prison and fines for anyone conspiring to commit an act of lynching that causes death or injury.

“Lynching was pure terror to enforce the lie that not everyone … belongs in America, not everyone is created equal. Terror, to systematically undermine hard-fought civil rights,” the president said at the White House. “Terror, not just in the dark of the night but in broad daylight. Innocent men, women and children hung by nooses in trees, bodies burned and drowned and castrated.”

“Their crimes? Trying to vote. Trying to go to school. Trying to own a business or preach the Gospel. False accusations of murder, arson and robbery. Simply being black,” Biden continued.

I just signed the Emmett Till Antilynching Act into law — making lynching a federal hate crime for the first time in American history.

The legislation is named after a Chicago teenager who was killed in 1955 in Mississippi after he was accused of having whistled at a white woman, enraging some of her family members. He was kidnapped, beaten and shot in the head.

During the first half of the 20th century, nearly 200 anti-lynching bills were introduced in Congress. Three such measures were passed by the House between 1920 and 1940 they failed to advance through the Senate.

The new law “isn’t just about the past,” Biden said.

“From the bullets in the back of Ahmaud Arbery to countless other acts of violence, countless victims known and unknown, the same racial hatred that drove the mob to hang a noose brought that mob carrying torches out of the fields of Charlottesville just a few years ago — racial hate isn’t an old problem. It’s a persistent problem,” the president said.

Biden thanked the audience of civil rights leaders, Congressional Black Caucus members and other guests who kept pushing for the law for “never giving up, never ever giving up.”

Rep. Bobby Rush (D-Ill.) is the sponsor of the bill that was signed into law Tuesday.

“I am so proud that we have come together—in a bipartisan fashion—to enact a law that will ensure lynchings are always punished as the barbaric crimes they are,” Rush said in a statement, CNN reported.