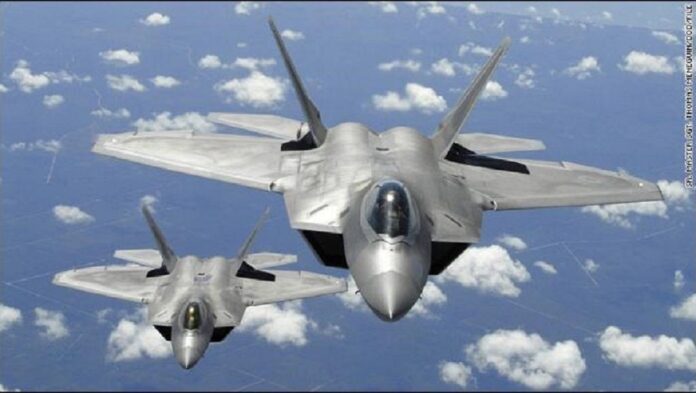 The Pentagon could retire 33 of the service’s oldest F-22 fighter jets in fiscal 2023 as part of a move to fund research for more advanced combat jet designs, according to reports.

The service’s $773 billion budget for the upcoming fiscal year details that the Air Force would scrap more than 150 aircraft including 33 F-22s and 21 A-10s, according to Task and Purpose. The Navy could also ditch 24 vessels in fiscal 2023.

Defense Department officials say they want to use funds they would save to instead research new fighter jet designs under the Next-Generation Air Dominance program, Defense News reported.

The move would reduce the total F-22 fleet in the United States from 186 to 153 jets, and it would end tentative plans to move the fighter jets to Virginia.

The outlet reported in September that Lt. Gen. Duke Richardson, military deputy in the office of the assistant secretary of the Air Force for AT&L, a top acquisition official, said the secretive program was “progressing per plan.”

“NGAD is not one [of the Air Force’s programs] where I’m able to share a lot of details,” he said during a meeting with reporters at last year’s Air-Space-Cyber confab in National Harbor, Maryland. “I will just tell you that it is progressing per plan. … There’s just so much of it that’s not able to be discussed in an open forum.”

Peccia on March 25 said upgrading newer F-22s with more advanced sensors and improving the F-35A Lightning II would be a better use of money by the Air Force.

“We will take operational jets and use them for training, but yet we can also take them and use them in the fight,” Peccia told reporters, according to Defense News. “It’s really using every dollar as smart as we can in our fighter portfolio when we’re trying to modernize that portfolio.”

Bloomberg reported separately on March 16 that the Pentagon would request 33 fewer F-35 stealth warplanes from Lockheed Martin in its next budget, citing people familiar with the matter.

Lockheed said in a statement at the time that it was “premature” to speculate about the proposed budget.

A Pentagon spokesman also said that the department “cannot confirm specific budget details until after the FY23 President’s Budget is released.”

The F-35 is one of the world’s most advanced fighter aircraft and considered a highly sensitive export, sold only to the closest allies of the United States.

Lockheed Martin delivered a total of 142 F-35 fighter jets to the United States and its allies last year, three more than originally planned.

The Epoch Times has contacted the Pentagon for additional comment.