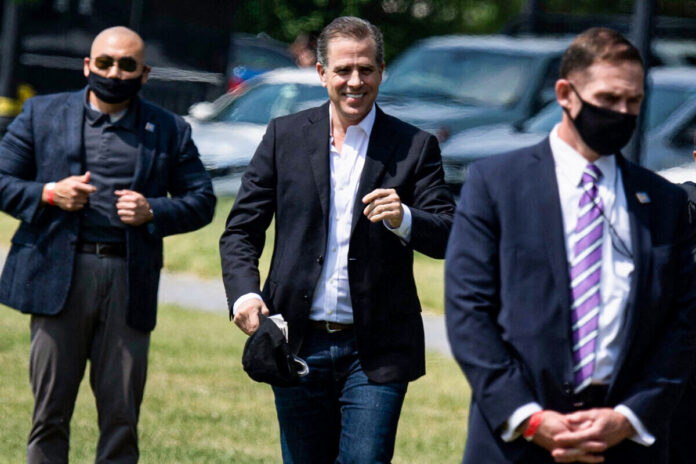 “I seek unanimous consent to enter into the record on this committee the contents of Hunter Biden’s laptop, which I am in possession of.”

This request from Rep. Matt Gaetz (R-Fla.) briefly brought the House Judiciary Committee to a standstill March 29, before chairman Jerry Nadler (D-N.Y.) relented and allowed the laptop data to become congressional record—archiving the business deals, pornographic images, and illicit data said to be on the infamous hard drive.

Gaetz’s surprise move followed a heated exchange with Bryan Vorndran, the assistant director of the FBI’s cyber division. The Florida representative asked numerous questions about the Hunter Biden laptop, only to have Vorndran profess ignorance to each one.

“In December 2019, they turned over the laptop to the FBI. And now you’re telling me as FBI’s assistant director of cyber, you don’t know where this is after it was turned over to you three years ago?” Gaetz asked.

Gaetz said he found Vorndran’s response shocking. The FBI official argued that investigations into the laptop are not his responsibility.

Gaetz then asked whether anyone within the FBI’s cyber division has assessed whether Hunter Biden’s laptop has created a security vulnerability for the country.

“We can do this back and forth for the next couple of minutes. I don’t have any information about the Hunter Biden laptop,” Vorndran said.

Gaetz pressed further: “But should you? You’re the assistant director of the FBI’s cyber division,”

Vorndran said that, according to FBI HR flowcharts, no he should not have any information. But he also declined to say who within the FBI would.

Gaetz asked if the FBI would brief Congress on the laptop. Vorndran said he’d relay the request, but was non-committal as to whether a briefing will happen.

“Is Congress worthy of such a briefing?” Gaetz asked, referring to Vorndran as the Chris Webber of the FBI—a reference to a basketball player who made a mistake that cost his team the NCAA championship.

Vorndran appeared to be short of temper by the end of the interchange.

“I’m not going to answer that question!” the FBI official said in response to Gaetz’s repeated requests for a briefing. “The invitation says, ‘oversight of the FBI’s cyber division.’”

Gaetz then silenced the chamber when he asked to enter the laptop’s contents into the congressional record. Only murmurs could be heard as chairman Nadler consulted with a staffer.

“What’s the basis for objection?” Gaetz asked.
“It’s a unanimous consent request, and I object,” Nadler responded. “It may very well be entered into the record after we look into it further.”

About 10 minutes later, after another representative questioned Vorndran, Gaetz again motioned to enter the laptop contents into the record.

“After consultation with majority staff, I seek unanimous consent to enter into this committee content from, files from, and copies from Hunter Biden’s laptop,” he said.

This time, no one objected. Gaetz was also allowed to enter the receipt Hunter Biden allegedly signed at the Mac store.

Ken Silva covers national security issues for The Epoch Times. His reporting background also includes cybersecurity, crime and offshore finance – including three years as a reporter in the British Virgin Islands and two years in the Cayman Islands. Contact him at ken.silva@epochtimes.us