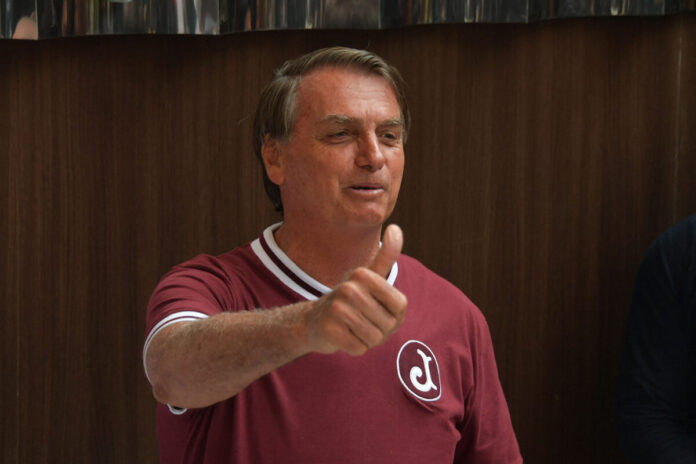 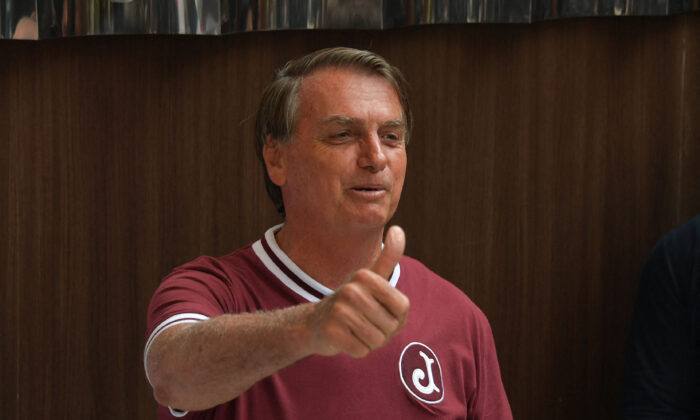 Brazil’s President Jair Bolsonaro gestures during a press conference at the Vila Nova Star Hospital after he was discharged, in Sao Paulo, Brazil, on Jan. 5, 2022 (Nelson Almeida/AFP via Getty Images)

“He is alright,” Faria told Reuters, confirming earlier local media reports that the president was taken to the Army Hospital in Brasilia for tests.

Faria said the president felt unwell, with abdominal discomfort, and went to the hospital to be tested as he has a history of intestinal obstructions after being stabbed during his presidential campaign. Bolsonaro needed a two hours of surgery to stop serious internal bleeding and repair damage from the knifing in 2018.

Since then, he has undergone six surgeries due to the stabbing and to correct a hernia in the wounded area. In July last year, after 11 days of hiccuping, he was hospitalised with strong stomach pains that were treated without needing surgery.

Bolsonaro was hospitalised in January for an intestinal obstruction that was cleared and he did not need surgery.

This time, he will stay in hospital overnight for observation.

Bolsonaro, who has begun campaigning for re-election in October, was due to attend a political meeting of the Republican Party but did not appear, local media reported.

The party’s president Marcos Pereira said at the event that the president had instead gone to hospital feeling unwell, an aide to Pereira said.

Share
Facebook
Twitter
Pinterest
WhatsApp
Previous articleVictor Davis Hanson on Russia-Ukraine ‘New World Order,’ Biolabs, and Other War Messaging—Is This a WWIII Moment?
Next articleNew Round of Talks Aims to Stop the Fighting in Ukraine