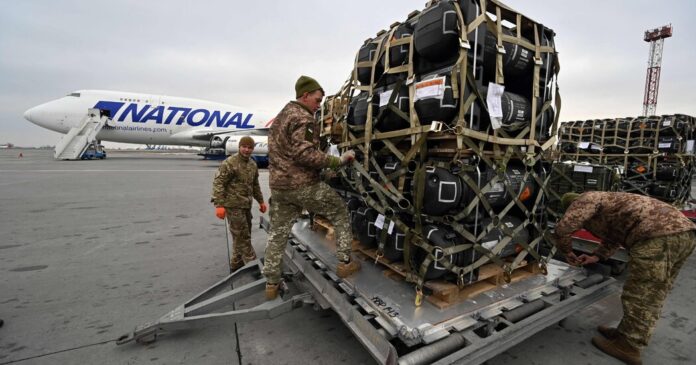 “The Americans were not willing to escalate militarily,” said Husain Haqqani, a Pakistani ambassador to Washington during the Obama administration. Even when President Barack Obama ordered a raid on Osama bin Laden’s compound in Abbottabad, Pakistan, in 2011, Mr. Haqqani added, “a big concern was, what if Pakistan retaliates and this becomes some kind of full-blown war?”

In 2007, U.S. officials, including Mr. Bush himself, said that Iran was equipping Iraq’s insurgent Shiite militias with improvised rockets and deadly roadside bombs that featured an explosively formed penetrator, which could punch through most U.S. vehicles.

Senator Joseph I. Lieberman, an independent from Connecticut, was among those who called for a military response, saying that Iranian leaders could not “have immunity for training and equipping people to come in and kill Americans.” Mr. Bush, who already had two wars on his hands, never struck.

During the Korean War, the United States even shied away from bringing the fight to an enemy that was directly attacking its troops. After U.S. forces advanced near North Korea’s border with China in late 1950, Beijing sent hundreds of thousands of troops south to push the Americans back. Gen. Douglas MacArthur sought permission to bomb bases, bridges and factories in China. But President Harry S. Truman rejected the idea, heeding the advice of other commanders who said an expanded war could draw in the Soviet Union and leave the United States outmatched in the region.

The Soviets nevertheless sent fighter jets to help battle the U.S. Air Force over Korea. Although Moscow denied its involvement, even marking its planes in North Korean colors, the United States suspected the truth — but chose to look the other way.

Perhaps the most obvious counterexample is the Vietnam War. Two U.S. presidents, Lyndon B. Johnson and Richard M. Nixon, ordered major military operations beyond Vietnam’s borders, in Laos and Cambodia, to cut off the jungle supply routes and bases collectively known as the Ho Chi Minh Trail.