The Idaho Legislature passes a bill that seeks to protect the unvaccinated. 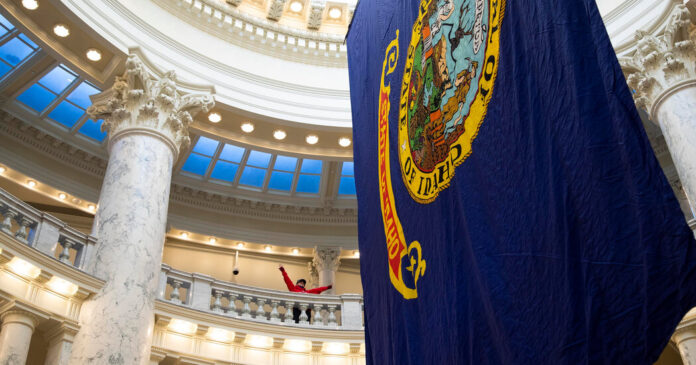 The Idaho State Legislature passed a bill last week that would prohibit businesses from requiring a Covid-19 vaccination for employment or service and prevent unvaccinated individuals from being “treated differently or discriminated against.”

The bill, which was supported by Republican legislators and known as the Coronavirus Pause Act, landed on Gov. Brad Little’s desk this week. Mr. Little, also a Republican, has not stated whether he will veto or sign it, and Marissa Morrison Hyer, a spokeswoman for the governor, said in a statement on Saturday that Mr. Little “does not comment on pending legislation.”

The bill states that the decision to receive a vaccine is “a very personal and individual decision,” and one that should not be mandated by public or private entities.

Health officials have said that the vaccines approved in the U.S. are safe and effective at preventing serious illness and death.

Critics of the bill say the measure will further hurt businesses that have already struggled during the pandemic.

“To criminalize businesses is a really horrific thing to do” State Senator Melissa Wintrow, a Democrat who opposes the bill, said on the Senate floor last week.

Some members of his party, however, disagreed, such as State Senator Jim Guthrie, who voted against the bill and said on the Senate floor: “The private sector businesses have been through enough in the past and have enough to worry about in the future without this mandate.”

The bill passed mostly along party lines. If a business were to violate the bill, it would be penalized with a misdemeanor or be fined up to $1,000, the bill states.

About 54 percent of eligible residents in Idaho are fully vaccinated, one of the lowest rates in the country, according to federal data.