US Contingency Planning For Potential Russian Attack on NATO: Official 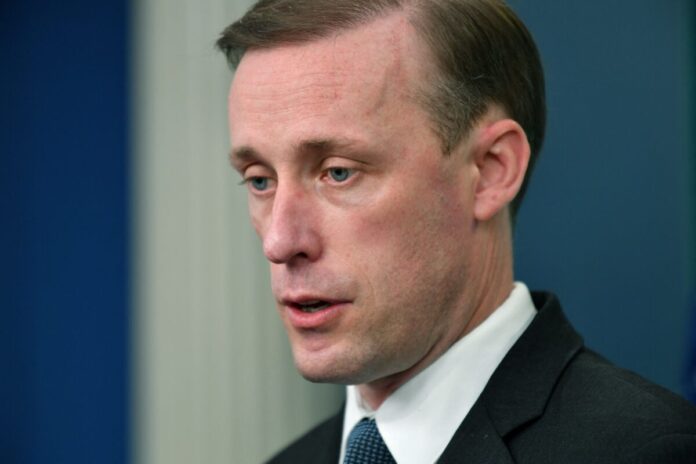 Prompted by a hypothetical scenario posited by a reporter Friday asking what the United States would do in the event of a Russian attack on a NATO supply convoy destined for Ukraine, White House national security advisor Jake Sullivan said: “We are doing contingency planning for the possibility that Russia chooses to strike NATO territory in that context or in any other context. And the President has been about as clear as one can be about his absolute determination to respond decisively alongside the other members of our alliance if Russia attacks NATO.”

One Russian official said two weeks ago that convoys transporting arms into Ukraine could be considered “legitimate targets.”

President Joe Biden has said that there is evolving intelligence that Russia is “exploring options” for potential cyber-attacks against U.S. infrastructure and that the potential Russian use of chemical weapons in Ukraine is “a real concern” that would be met with a response from the United States.

Biden and other top officials have repeatedly said throughout Russia’s war with Ukraine that the United States commitment to Article 5 of the NATO defense agreement is “iron clad.”

Biden has also said repeatedly he will not send American troops to fight in Ukraine and wants to avoid escalating tensions to the point of a broader war with Russia.

The White House confirmed that stance Friday after there was some confusion around comments from Biden addressing troops stationed in Poland.

Journalist Andrew Feinberg wrote in a tweet and shared a video of the president telling troops: “You’re going to see when you’re there, you’re going to see women, young people standing in the middle, in the front of a damn tank saying I’m not leaving.”

Feinberg later tweeted: “UPDATE: A @WhiteHouse spokesperson tells me: ‘The President has been clear we are not sending U.S. troops to Ukraine and there is no change in that position.’”

Biden also repeated on Friday his labeling of Russian President Vladimir Putin as a “war criminal.”

Also on Friday, Ukrainian officials said that about 300 people were killed in the Russian airstrike last week on a Mariupol theater that was being used as a shelter.

Sullivan called the attack “shocking” and a “brazen disregard for the lives of innocent people.”