US House Candidate Ends Campaign After Berating Girls at Sleepover 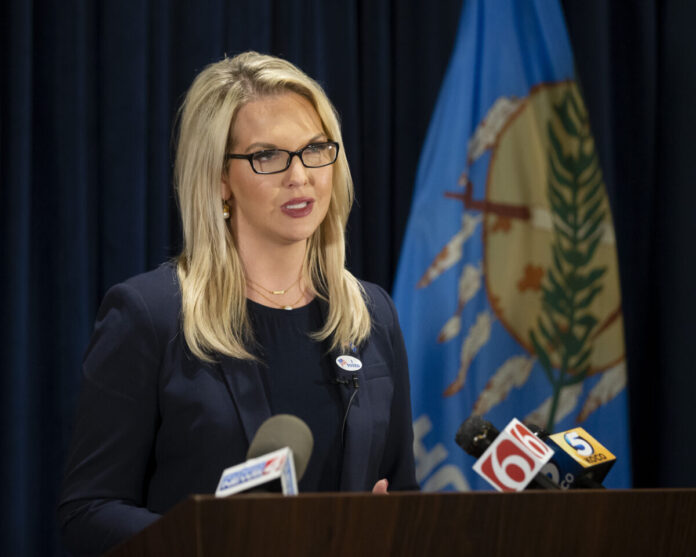 An Oklahoma Democrat running for a U.S. House of Representatives seat announced March 24 she is ending her campaign after getting drunk and berating middle school girls at a sleepover.

Abby Broyles said the fallout from the incident compelled her to try to kill herself and she will not be campaigning any longer so she can “focus on myself and my happiness.”

“I checked myself into rehab a couple weeks ago and am already making dramatic progress,” Broyles said in a blog post, adding that she’s gone without a drink for the longest period of time in more than 10 years.

“I’ve spent years fighting for women, working families, advocating for better healthcare, quality public education for every child no matter their zip code; the list goes on and on,” the former reporter said. “But now’s the time to take on my own fight that I’ve been running from for 20 years: facing my mental health challenges head on. I don’t know what the journey ahead for me looks like, but I’m grateful to be alive with a fighting spirit and keep my promise—I’m not done yet.”

Broyles had been accused of berating young girls during a slumber party. Broyles eventually confirmed the events, though she has also said she can’t remember what she said after drinking wine and using a medication “that helps you relax.”

“I want to say sorry from the bottom of my heart, I apologize for any hurt or damage or trauma that my behavior, when I didn’t know what I was doing, caused. I’m deeply sorry,” Broyles previously told KFOR-TV.

In her announcement, Broyles said she received a bombardment of calls from people after the incident, including calls to kill herself. She said she later “drank heavily” and took sleeping pills in a suicide attempt that was unsuccessful.

Broyles had been vying for the seat representing Oklahoma’s 5th Congressional District.

Rep. Stephanie Bice (R-Okla.), who currently holds the seat, is running for re-election.

Both Broyles and Harris-Till have lost several races in the past. Broyles won the Democrat primary for a U.S. Senate seat in 2020 but lost in the general election to incumbent Sen. Jim Inhofe (R-Okla.).

Primaries for the seats in Oklahoma are scheduled to take place on June 28.