The Easter Egg Roll returns to the White House for the first time since the start of the pandemic. 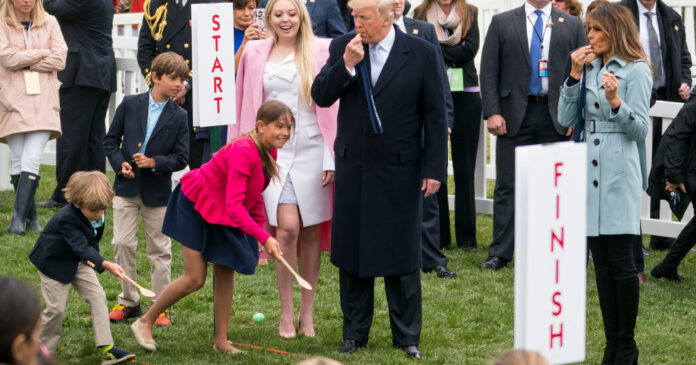 The White House will host its annual Easter Egg Roll for the first time since the beginning of the Covid-19 pandemic, according to a released schedule.

The traditional Easter event, which is scheduled this year for April 18, had been canceled for two years in a row during the pandemic, with the White House under both President Biden and President Trump citing social distancing protocols for the cancellations.

Tickets for the event will be distributed through a free online lottery starting Friday morning.

The White House schedule also announced that public spring garden tours would be held on April 9 and 10, a week before the Easter Egg Roll.

The spring event announcements are the latest step toward fully reopening the White House, and come a week after it was announced that public tours would resume in April and almost a month after the mask mandate at the White House was lifted for persons who are fully vaccinated.

The schedule left open the possibility of additional limits to public tours and the Easter Egg Roll if the conditions of the pandemic change, noting that the White House “will continue to closely monitor the Covid-19 situation based on recommendations from the C.D.C. and other public health officials and medical experts.”

The United States is currently averaging about 30,000 new coronavirus cases a day, roughly half the number of average cases a day when the White House canceled its Easter Egg Roll last year. More than 200 million Americans have also been fully vaccinated.

Masks will be provided for guests who want to wear one, according to the schedule, and anyone “who has tested positive for Covid-19, has had any Covid-19 symptoms, or been in close contact with someone confirmed or suspected to have Covid-19 within 10 days prior to their visit may not attend.”

The White House Easter Egg Roll dates back to 1878 and has only rarely been canceled before this pandemic.