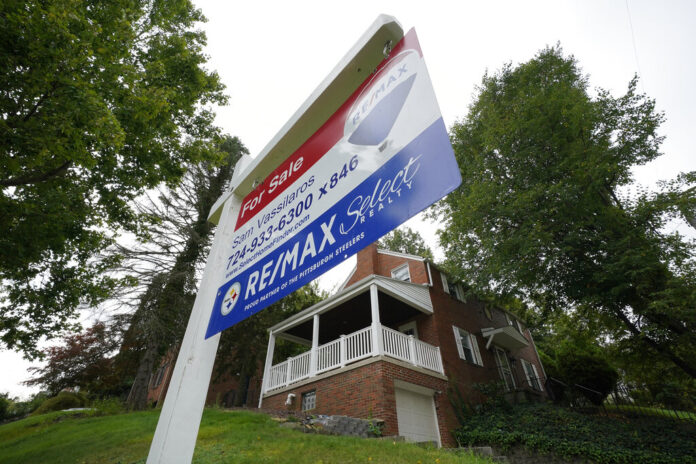 The rapid increase is threatening to cool down the red-hot housing market.

Refinance applications for home loans fell 14 percent from the previous week and were 54 percent lower than the same week back in 2021, as they are highly sensitive to sudden moves in weekly rates.

As a result, the refinance share of mortgage activity went down to 44.8 percent of total applications from 48.4 percent the previous week.

Total mortgage application volume fell 8.1 percent for the week ending March 18, 2022, down compared with the week before.

Average contract interest rates for 30-year fixed-rate mortgages with conforming loan balances increased to 4.53 percent as of March 23 from 4.27 percent the week prior.

Freddie Mac reported on March 24 that the average rate on a 30-year fixed-rate mortgage was 4.42 percent for the week, an increase of 26 basis points from March 17.

The average contract interest rate for 5/1 ARMs increased to 3.39 percent from 3.36 percent, with points increasing to 0.54 from 0.23 for loans with a 20 percent down payment.

The average rate on the 15-year fixed-rate mortgage increased 24 basis points to 3.63 percent from 3.55 percent.

This is a quarter percentage point increase from a week ago and more than a full point from the start of the year.

“The jump in rates comes as markets moved to price in a much faster pace of rate hikes, as well as expectations of fewer MBS purchases from the Federal Reserve,” said Mike Fratantoni, chief economist for the MBA.“MBA’s new March forecast expects mortgage rates to continue to trend higher through the course of 2022.”

Meanwhile, the Federal Reserve hiked rates on March 16 for the first time since 2018, and investors and lenders are awaiting the central bank’s next move. The move by the Fed is already hampering borrowing across the board.

Policymakers on the Fed’s committee that guides interest rate policy have suggested additional hikes in the months to come to tame rising inflation.

On March 21, Chairman Jerome Powell of the Federal Reserve said that the bank would consider rate increases larger than 25 basis points in the coming months if they are necessary to tame inflation.

A lack of housing stock and heightened demand due to relocations during the pandemic have led to rapidly rising costs in the housing market.

The worsening supply-demand imbalance has been putting extreme pressure on prices in an already expensive housing market.

Mortgage applications for home purchases, which are less sensitive to weekly rate moves, also fell this week, to 2 percent, 12 percent lower for the same week in 2021.

The higher mortgage rates, which are approaching 5 percent, have pushed many first-time homebuyers out of the market, because of the increased monthly cost of buying a home with a mortgage.

“First-time homebuyers, who rely on these government programs, are increasingly challenged by both the rapid increase in home prices and higher mortgage rates,” said Fratantoni.

Future home sales forecasts are currently being revised lower due to rising rates, which has weakened housing affordability even further.

However, overall purchase application volume was only down slightly.

FHA and VA loan demand, which are popular with lower-income homebuyers, have seen a large drop.