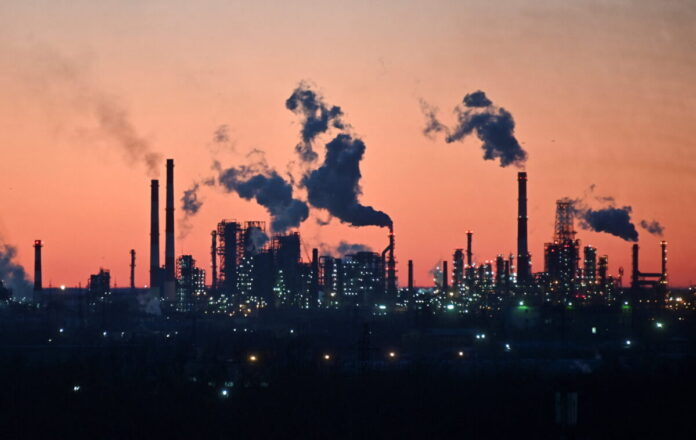 LONDON—Oil prices slipped on Friday, with some supply concerns easing after a partial export resumption from Kazakhstan’s CPC crude terminal.

Despite the fall, both benchmarks were heading for their first weekly gain in three weeks. Brent was on track for a 9 percent jump and WTI for a 6 percent rise as broader supply concerns sparked by Russia’s invasion of Ukraine underpinned the market.

Concerns were heightened after the Caspian Pipeline Consortium (CPC) terminal on Russia’s Black Sea coast stopped exports on Wednesday after being damaged by a storm.

The terminal partially resumed oil loadings on Friday, according to shipping data on Refinitiv Eikon.

The United States and Britain, both less reliant on Russian oil than the European Union, have imposed bans on Russian crude. The EU, which is heavily dependent on Russian oil and gas, faces a bigger dilemma over whether to impose sanctions on the sector.

With global stockpiles at their lowest since 2014, analysts said the market remained vulnerable to any supply shock.

Prices were also pressured by the potential for another coordinated release of oil from storage by the United States and its allies to help to calm oil markets.

Responding to market volatility, the Intercontinental Exchange (ICE) raised margins for Brent futures by 19 percent for the May contract from Friday, the third rise this year.

Futures margin rates are increased when markets are volatile and the move makes transactions more expensive because it forces traders to increase the deposit they hold at the exchange for each contract to prove they can deliver on obligations.

In a bid to ease gas supply worries, the United States said it will work to ensure additional liquefied natural gas (LNG) volumes for the EU market of at least 15 billion cubic meters (bcm) in 2022, with increases expected in the future.