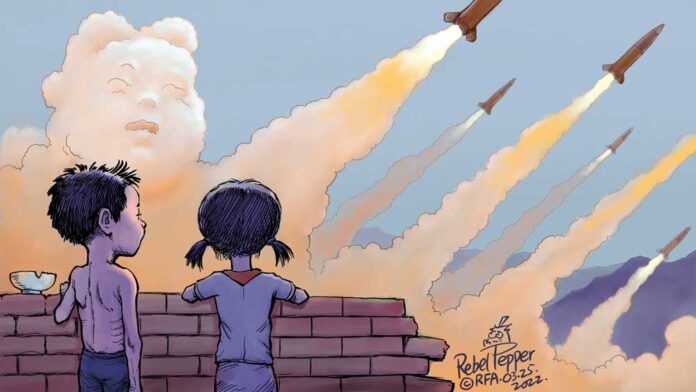 North Korea conducted its 11th missile test of the year on March 24, firing what is believed to be its first intercontinental ballistic missile since 2017 and possibly its longest-range missile to date. The barrage of banned weapons comes as the nation of 25 million people faces food and fuel shortages so severe that the government warned last year to prepare for hardship to rival the Arduous March, what North Koreans euphemistically call the 1994-1998 famine that killed millions. Experts believe that missile tests cost between $1 million and $1.5 million a pop, putting a strain on an economy reeling from the closure since early 2020 of its border with China to fight COVID-19.