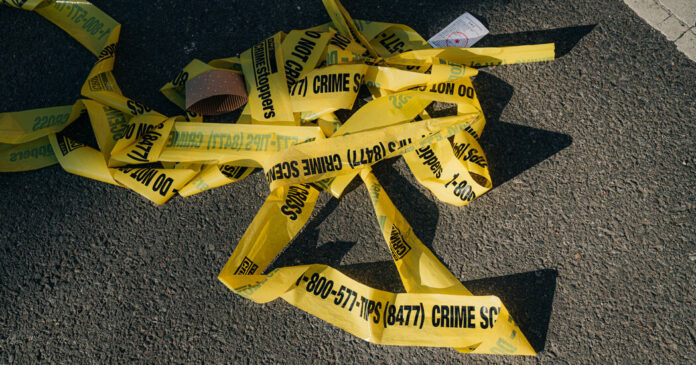 “We’re not seeing a departure on the state level,” said Brett Tolman, a former U.S. attorney who is now the executive director of Right on Crime, a conservative reform group. On the federal level, he said, “Roughly the same crowd has just gotten louder.”

Conservatives also blame some Democrats for seeking maximal goals, rather than pragmatic compromise, on issues like qualified immunity for police officers.

“I think what we’re hearing is a reflection that the reform movement has moved beyond modest goals to some fairly radical ideas,” said Rafael Mangual, a fellow at the conservative Manhattan Institute who is the author of a forthcoming book that is critical of criminal justice reform.

Groups on the left are nonetheless watching the escalating language on the right with trepidation, warning of the costs of returning to ’80s- and ’90s-era crime policies that filled prisons with low-level drug users and other nonviolent offenders. To that end, the Brennan Center for Justice, a leading critic of those policies, is publishing a series of essays on “punitive excess” that aim to push back at narratives in favor of mass incarceration.

“This is a really important moment for justice reform,” said Lauren-Brooke Eisen, who directs the center’s Justice Program. “It would be a mistake to regress, to go back to policies that did not produce public safety.”

Several advocates pointed to a recent breakthrough on the EQUAL Act, a long-awaited federal bill to reduce the disparity in sentencing between powder and crack cocaine offenders. This week, the bill reached the key threshold of 10 Republican co-sponsors in the Senate, breaking a potential filibuster.

To Jillian Snider, a retired New York City police officer and policy director at R Street, a right-leaning think tank, it was a sign that the antics on the Senate Judiciary Committee were hardly representative of Republicans as a whole.