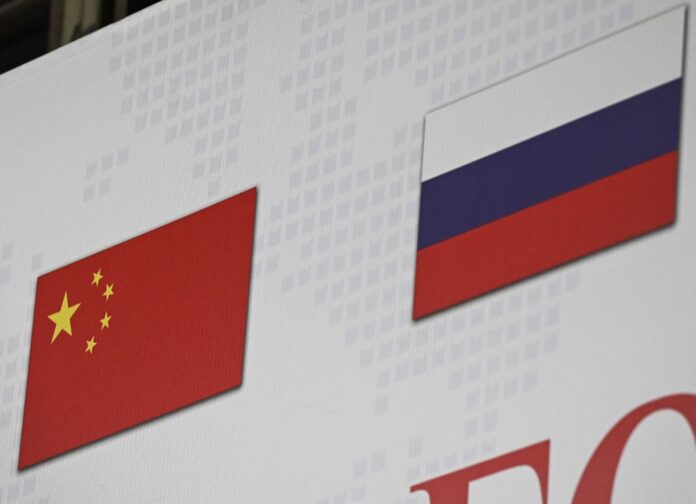 China has ordered schools to support the Russian invasion of Ukraine, supported what analysts termed a “bizarre” motion from Russia in the United Nations Security Council, while at the same time suspending talks on potential energy investments in Russia by state-owned Sinopec.

“In order to improve the comprehensive analysis and research capabilities of ideological and political teachers on current affairs hot topics, so they can accurately take a principled stance and calibrate the situation in Ukraine and effectively guide students … Zhejiang University’s School of Marxism will hold a collective lesson preparation seminar,” a March 24 directive from the university’s propaganda department said.

The seminar was aimed at “full-time and part-time teachers of ideological and political courses,” said the notice.

Meanwhile, a similar document was posted and signed by the provincial education department in the eastern province Shandong, including such topics as “political corruption in Ukraine,” “how Nazis killed 14,000 people in Ukraine and eastern Russia,” and “how the United States started the Russia-Ukraine tragedy.”

The topics were largely in line with both Russian and Chinese state media output on the war, which is being blamed on eastward expansion by NATO, rather than on the Russian decision to invade, and which includes allegations that the U.S. was researching biological weapons in a network of laboratories across Ukraine. Washington has dismissed the reports as disinformation.

The Shandong document gave the following summary of the ruling Chinese Communist Party (CCP) official line on the war in Ukraine.

“Since 2014 [the Ukraine government] implemented a series of irrational foreign policies, incited hatred of Russia, started producing weapons of mass destruction, and sought to join NATO,” the document said.

Teachers are also expected to espouse — and teach — the view that “five eastward expansions of NATO has compressed Russia’s strategic space and backed the country into a corner.”

“The United States has provided Ukraine with U.S.$2.7 billion in militarized aid … which has intensified tensions between Russia and Ukraine,” the Shandong document said. “The U.S. provoked Russia into launching a war.”

“Putin threw one punch to avoid a hundred more,” it said.

China’ ideological campaign at home came as Beijing voted for a draft resolution by Russia tabled at the United Nations Security Council calling attention to the humanitarian crisis in Ukraine but failing to mention its role as the invading power. The motion was defeated after receiving only two votes: Russia’s and China’s.

Analysts said the motion was an attempt by Russia to absolve itself of responsibility for the war, while China said there was a need to form a consensus on humanitarian grounds despite political differences.

“Russia’s move was aimed at shedding its moral responsibility and to ask for the rest of the world to endorse its invasion of Ukraine,” Shih told RFA. “What’s bizarre is that it turns the situation into a war between two parties who don’t want ordinary people to suffer the destruction brought by war, so are calling on others to help out the refugees and ordinary people.”

“It will be harder to confront Russia if it plays the role of rescuer,” he said.

Shih said the presence of Russia, which holds the power of veto on the security council, would make it impossible for the U.N. to send peacekeeping forces into Ukraine.

“[Also], if other countries carry out humanitarian aid on its behalf, that will help Russia towards a military defeat of Ukraine,” Shih said. “So nobody was going to agree to that.”

One the other hand, Russia was able to veto motions by France and other countries condemning the invasion. “It won’t recognize itself as the aggressor here,” he said.

Beijing’s goodwill towards the Kremlin only seems to extend so far, however.

China’s state-run Sinopec Group has suspended talks for a major petrochemical investment and a gas marketing venture in Russia,  Reuters reported on Friday.

“The move by Asia’s biggest oil refiner to hit the brakes on a potentially half-billion-dollar investment in a gas chemical plant and a venture to market Russian gas in China highlights the risks, even to Russia’s most important diplomatic partner, of unexpectedly heavy Western-led sanctions,” the agency reported.

Beijing has repeatedly opposed international sanctions against Russia and refused to term Russia’s war as an invasion or its actions in Ukraine.

But the CCP is keen to protect its own economy from their economic impact nonetheless.

The report came after U.S. President Joe Biden said on Thursday that China knows its economic future is tied to the West, after warnings from Washington that Beijing could regret siding with Russia.

Chinese political commentator Chen Pokong said Xi is planning to seek a third term in office at the CCP Party Congress later this year, comparing his extension of time in power to that of Putin.

“Any leader who is obsessed with power and seeks to rule for a long time or for life, regardless of their excuse, will, without exception, bring harm and disaster to their country and people, and quite possibly on the whole of humanity,” he said.

“Deep down in their hearts, dictators only care about their own power, fame and fortune, and not about the safety or well-being of the people, let alone the interests of humanity,” Chen wrote.

Chieh Chung, a research fellow at the National Policy Foundation on the democratic island of Taiwan, said the big question was whether China would provide military assistance to Russia.

“I don’t think Russia lacks conventional ammunition; their problem now is that they can’t warehouse these materials and send them to the front line,” Chieh told RFA.

“If China wants to give Russia military assistance, it won’t be in the form of major weapon’s systems,” he said, adding that much of China’s weaponry is homegrown and incompatible with Russian systems, as well as being easily identifiable.

Electronic components or parts are more likely, as they can’t easily be categorized into purely military or civilian in nature.

Former Soviet-era military officer Aqil Rustamzade has predicted that the Russian military will soon run out of electronic components, leaving it potentially unable even to hit any targets within weeks.

Taiwan has now placed an export ban, in line with international sanctions, on its GPS systems that are currently being used by the Russian army, and which Russia can’t produce by itself, he said, predicting that stocks are likely to run out soon.