‘Kill With a Borrowed Knife’? 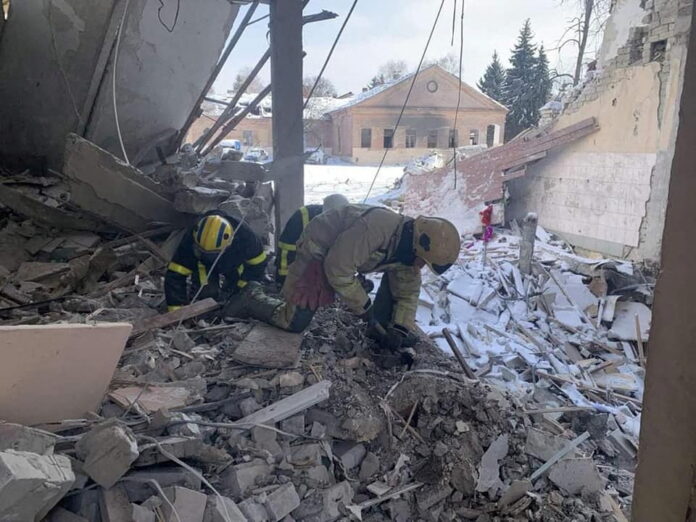 What is Russian President Vladimir Putin doing in Ukraine? Who benefits from the war?

Everyone knows that Ukraine is a resource-rich country. Some business articles ask this question: “Are Ukraine’s vast natural resources a real reason behind Russia’s invasion?”

Let’s examine this pragmatic-realist view and assume that the invasion is to acquire Ukrainian resources. If this were the case, what evidence would we see? And who would want the resources?

What Are the Ukrainian Resources?

The world’s breadbasket: Ukraine is the largest distributor of wheat, barley, and corn; the primary grain source to Africa and the Middle East; and 9.3 percent of GDP.

Gas, coal, and oil reserves: Ukraine has the second-largest untapped gas reserves in Europe. Coal reserves in Ukraine rank seventh in the world and account for about 3 percent of the world’s total coal reserves.

In other words, Ukraine would be a significant prize for any superpower to control.

Next, we examine the Crimea and the eastern Ukrainian provinces, specifically Luhansk and Donetsk. The link here shows maps of Ukraine before the Russian annexation of Crimea.

Russia added to its control three times the size of Crimea in terms of sea area, which is about the size of the U.S. state of Maine (36,000 square miles). Why is this significant? Let’s examine the oil and gas fields in this new Russian-controlled territory.

Besides Russia’s claimed historic rights to Crimea, the real reason could be Russia was jealous of the rich oil and gas fields on the Crimean Peninsula, in the Ukraine exclusive economic zone’s gas and oil fields, and the EEZ’s future potential fields. The Russians added a large section of the Sea of Azov to their claim. In 2018, the Ukrainian Energy Ministry said that “Ukraine has lost 80% of oil and gas deposits in the Black Sea and a significant part of the port infrastructure due to the annexation of Crimea.”

The link here shows the dominant resource available is mainly in eastern Ukraine. Clearly, the eastern provinces and a few western provinces are the richest in resources; the center is used primarily for farming.

Examining the area controlled by the LPR and the DPR, these regions are the same areas that are mineral-rich. Furthermore, Ukraine has a much-reduced claim to the Sea of Azov. If Russia does not retreat from the territory captured in 2022 between Russian Crimea and DPR, Ukraine would no longer have any coastline with the Sea of Azov.  In effect, Russia would control the Sea of Azov and all its resources.

This link here shows a map of LPR and DPR.

A large amount of Russia’s gas pipelines feed not only Ukraine but also Europe. The map in this link here shows the paths that these pipes take. Three major Russian gas arteries flow through eastern Ukraine: one flows to southern Russia to the Black Sea, another flows to Crimea and Odesa, and the third major artery flows to Ukraine’s European neighbors (Poland, Slovakia, Hungary, etc.).

An additional factor related to Russia’s affinity to Crimea and eastern Ukraine is that most people in these Ukrainian regions speak Russian.

This link here shows a map of the Russian military’s control of Ukraine as of March 23, according to the Institute for the Study of War and American Enterprise Institute.

Since Feb. 24, Ukrainians have been fleeing their homeland to nearby countries that have welcomed them. As of March 21, the United Nations High Commissioner for Refugees (UNHCR) estimates that an excess of 3.5 million refugees have left Ukraine to neighboring countries, 2 million internally displaced, and over 12.65 million people are directly affected by the conflict out of 44 million Ukrainians. Although initially, Russia demanded that the refugees escape to Russia or Belarus, this demand has been rescinded.

Europe and the United States are requesting the Chinese Communist Party (CCP) to intervene between the Russians and the Ukrainians because they believe that only China can reason with Putin, China’s position in the conflict appears to be neutral, and China is presumably friendly to both. All these reasons would make it an ideal negotiator. However, this course of action is dangerous for many reasons.

First, the CCP and Russia have signed many agreements over the last decade, making the CCP appear pro-Russian. For example, in May 2014 (during the Crimean War), Russia and the CCP signed several agreements, including a 30-year deal worth $400 billion to deliver gas to China.

According to news reports at the time, “Russia reportedly lifted an informal ban on foreign ownership of strategic assets, apparently opening the way for Chinese companies to take part in developing the gas fields and pipeline.”

In February 2022, Russia and the CCP signed several agreements, including one in which Russia agreed to a $117.5 billion petrochemical deal for the next 25 to 30 years. The CCP probably also got a great deal assuming it knew about the Russian invasion into Ukraine and exploited the knowledge that Russia would be under economic sanctions during the conflict.

The CCP also received a significant deal with the Iranians in 2020. The CCP signed a 25-year $400 billion oil deal with Iran while it was under the most severe sanctions during the Trump administration. And according to Iranian officials, the CCP obtained heavily discounted rates.

In December 2013, the CCP and Ukraine signed ten agreements, including the “Joint Declaration of Ukraine and China to further deepen strategic partnership.” China agreed that it would provide a “nuclear umbrella” to protect Ukraine if a nuclear power used nuclear weapons against it.

This was a strange agreement since Beijing claims a no-first-use policy and would imply that it would get involved in a nuclear war protecting a country other than China. Why did the CCP sign such an agreement?

Perhaps because of Ukraine’s importance to the CCP regarding its resources and military technology. In 2021, China was Ukraine’s largest trading partner.

Second, the CCP could ask for pre-conditions for its involvement in the Russian intervention. For example, the CCP could request that the United States and Europe promise not to intervene in its takeover of Taiwan.

Third, if the CCP successfully convinces Russia to stop and/or withdraw, then it would be allowed to send its military forces under some sort of brokered truce into Ukraine to keep the peace. This commitment would place the Ukrainians with two kleptocratic autocracies (Russia and China), coveting the Ukrainian resources.

Permitting the CCP’s PLA personnel into Ukraine would be like allowing the fox in the hen house. If there were a political crisis in Ukraine, the role of the PLA would be questionable at the least and treacherous at worst.

Fourth, allowing Beijing to negotiate for Europe and the United States would allow the CCP to control the West’s level of pressure on Russia. Ukraine has tremendous resources, but Russia has considerably more resources that the CCP would gladly exploit. Therefore, the CCP would be able to draw Russia into the CCP’s web of control to either absorb it into the CCP “borg” or make Russia into a vassal state subservient to the whims of the CCP.

Russia, the United States, and the UK agreed to do the following:

Clearly, Russia violated the Budapest Memorandum in 2014 and in 2022, as well as the intent of the CCP-Ukrainian 2013 agreement. Why would Ukraine trust Russia, the CCP, or any of the parties to these agreements?

Finally, since Putin and CCP leader Xi Jinping signed their Feb. 4 Joint Statement, they are committed strategic partners. Russia and China could surprise everyone and declare that they are forming a security framework that has as its core a NATO-like Article 5, that any attack on one is an attack on the other.

This step toward a kleptocratic autocratic security alliance would put the rest of the world on notice that any country not part of a security alliance with a nuclear-armed state was “free game” for Russia and the CCP, especially countries close to their respective borders.

Based on the above analysis, could the CCP all along want Russia to take more of Ukraine so that China would have easier access to the rich Ukrainian resources and to block Europe and even the United States (and their respective companies) from benefiting from these resources?

In other words, did the CCP employ the famous third rule—“Kill with a borrowed knife” (借刀殺人 meaning, have someone else do your dirty work)—from the Chinese military classic, “Thirty-Six Stratagems”?

Did the CCP convince the Russians to attack Ukraine by signing commercial agreements in February, and is this why the Russian military is not well prepared?

Guermantes Lailari is a retired USAF Foreign Area Officer specializing in the Middle East and Europe as well as counterterrorism, irregular warfare, and missile defense. He has studied, worked, and served in the Middle East and North Africa for over 14 years and similarly in Europe for six years. He was a U.S. Air Force Attaché in the Middle East, served in Iraq and holds advanced degrees in International Relations and Strategic Intelligence. He researches authoritarian and totalitarian regimes that threaten democracies. He will be a Taiwan Fellow in Taipei during 2022.