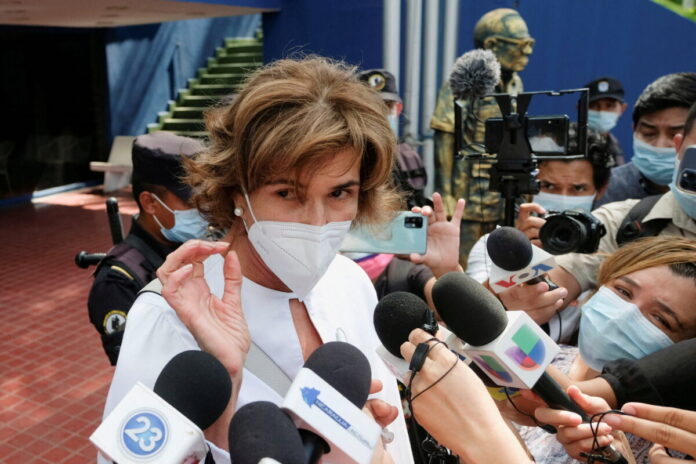 A judge will later decide if she will serve her sentence under house arrest or in prison.

Chamorro and her brother were convicted of various financial crimes on March 11. They are children of former President Violeta Barrios de Chamorro, who defeated current President Daniel Ortega in the 1990 elections to end his first term in power.

Chamorro’s brother, Pedro Joaquin Chamorro, received a 9-year sentence from the same judge, while three workers from the free speech foundation bearing Chamorro’s mother’s were ordered to pay $2 million each.

A lawyer representing Cristiana Chamorro, who spoke on condition of anonymity due to fears of reprisals, dismissed the sentence, saying there was no evidence to support the charges.

Prosecutors alleged that Chamorro received, through the Violeta Barrios de Chamorro Foundation, millions of dollars to help destabilize the government.

She has dismissed the accusations as political revenge to tar the legacy of her mother and her father, Pedro Joaquin Chamorro, a journalist assassinated by the Somoza dictatorship in 1978.

Another brother living in exile in Costa Rica, Carlos Fernando Chamorro, said the sentences “show the Ortega regime is in crisis, that it can no longer govern and has nothing to offer Nicaraguans.”

The government did not immediately reply to a request for comment.

Cristiana Chamorro led Ortega in several polls when she was arrested in June 2021. Ortega won re-election for a fourth consecutive term in November after at least 46 opposition figures, including six presidential candidates, were detained.

The United States and the European Union said Ortega’s last election was illegitimate and have pressed him to hold new elections and release more than 160 prisoners.