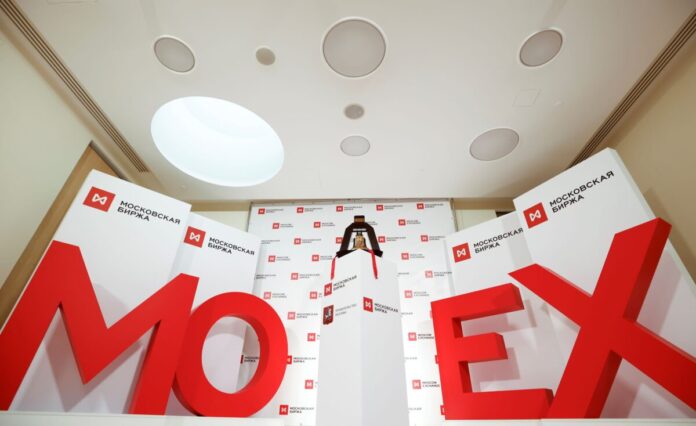 The Biden administration responded on Thursday to Russia’s partial re-opening of the Moscow Exchange, criticizing President Vladimir Putin and alleging that the re-opening is an “unsustainable” and “artificial” charade.

In a statement released on Thursday morning, the White House condemned the partial re-opening of the Russian Moscow Exchange (MOEX) for the first time since the market closed on Feb. 25, on the second day of the nation’s ongoing invasion of Ukraine, calling this event a “Potemkin market opening.”

“This is not a real market and not a sustainable model—which only underscores Russia’s isolation from the global financial system,” said the Biden administration. “The United States and our allies and partners will continue taking action to further isolate Russia from the international economic order as long it continues its brutal war against Ukraine.”

Out of the fifty stocks normally traded on the exchange, thirty-three were made available on Thursday, with significant caveats. Foreign investors are barred from selling shares on the MOEX, and short-selling has been prohibited, both of which may be responsible for keeping stocks above the water despite the battered Russian economy. Trading was open for only four hours, closing earlier than usual at 2:00 p.m. Moscow time.

Nonetheless, after reopening, the MOEX rose by as much as 12 percent but ultimately finished trading with gains of 4.4 percent—no doubt helped by the strictures imposed by Russian authorities on the exchange.

Despite the face-saving performance of the stock market on Thursday, Russia’s economy remains in a dire state as Western powers have tightened the screws on the country’s trade and finances. Facing economic isolation from the world, the Russian economy is predicted by Goldman Sachs to contract as much as 10 percent this year amid inflation projected at 20 percent, marking the worst year for the Russian economy since the early 1990s.

“The United States and our allies and partners will continue taking action to further isolate Russia from the international economic order as long it continues its brutal war against Ukraine,” concluded the statement from the White House.