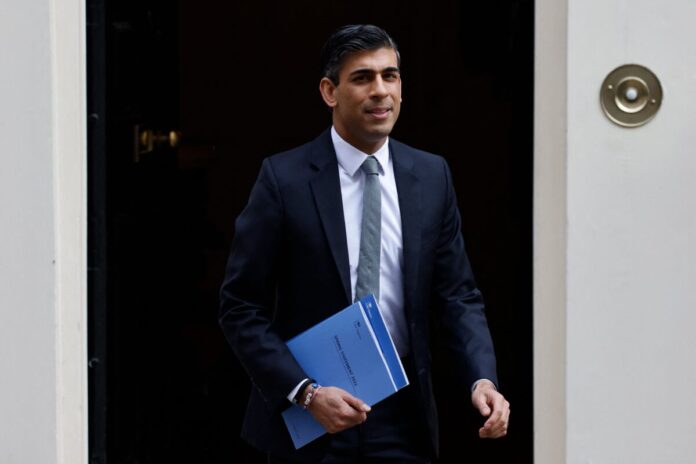 The UK government has promised tax cuts for millions of workers who face a severe squeeze on their living standards amid soaring inflation and the economic impact of the war in Ukraine.

Announcing his half-yearly budget update on Wednesday, Rishi Sunak, the Chancellor of the Exchequer, said he will cut fuel duty by 5 pence a litre ($0.25 per gallon) for the next 12 months.

He also told the House of Commons that the main rate of income tax will fall to 19 percent from 20 percent in 2024, when Britain is due to hold its next national election.

The government has been criticised for its plan to raise national insurance contributions by 1.25 percentage points to fund the National Health Service and social care, which have been heavily impacted by the CCP (Chinese Communist Party) virus pandemic.

Critics say the tax hike, which will come into force in April, will exacerbate the already serious cost-of-living crisis.

Sunak responded to the criticisms in his statement by increasing the threshold at which people start paying the contributions from July, benefitting around 30 million workers with a tax cut worth more than £330 ($436).

Sunak said: “This statement puts billions back into the pockets of people across the UK and delivers the biggest net cut to personal taxes in over a quarter of a century.”

But he acknowledged the war in Ukraine and sanctions on Russia are “not cost-free for us at home” and present a “risk” to the recovery.

“We should be prepared for the economy and public finances to worsen, potentially significantly” as a result of the war, Sunak told MPs.

Despite the newly announced tax cuts, the Office of Budget Responsibility said taxes would reach 36.3 percent of GDP by 2026–27, the highest level since the late 1940s.

Paul Johnson, director of the Institute for Fiscal Studies, said Sunak’s refusal to revise spending plans would mean less money in real terms for public services due to the impact of inflation, and there was little help for “the very poorest” in society who rely on benefits.

“Their benefits will rise by just 3.1 percent for the coming financial year. Their cost of living could well rise by 10 percent,” he said.

The Confederation of British Industry (CBI) welcomed the measures announced by the Chancellor.

But CBI director-general Tony Danker warned that they “don’t do enough to tackle the current challenges facing firms.

He said Britain needs a “relentless campaign for economic growth,” which he said is “the only enduring response to inflation, energy prices, and cost-of-living challenges.”

PA Media and Reuters contributed to this report.