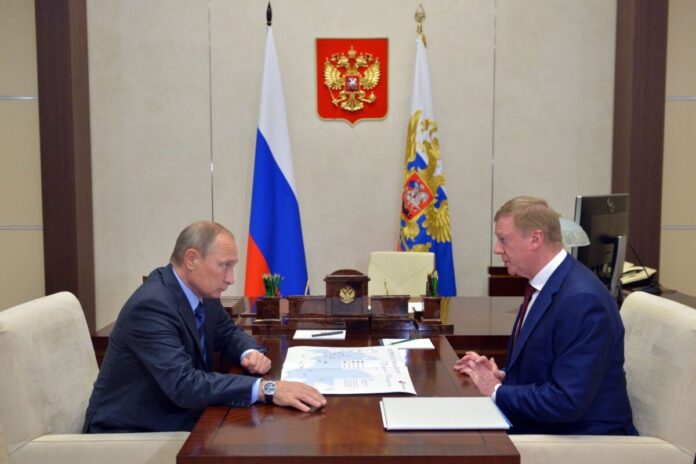 “Chubais resigned himself. But whether he left [the country] or not … this is his own business,” Peskov told state-run media on Wednesday. It’s not clear why Chubais stepped down, and Peskov didn’t elaborate.

Earlier Wednesday, Ruslan Edelgeriyev, Putin’s special envoy for climate, confirmed anonymous reports that Chubais stepped down—the highest-profile Russian official to do so since the start of the Ukraine–Russia conflict.  Those reports claimed he departed his position and also left the country because of Russia’s invasion of Ukraine, although Chubais has not issued any public comments.

“Indeed, representatives of Anatoly Borisovich confirmed that he is leaving the post of special representative of the president. I do not think that his decision to leave the post will in any way affect the development of the climate agenda in our country,” Edelgeriyev said.

Chubais was described in media reports as the architect of Russia’s post-Soviet privatization campaign that started in the 1990s and was also then-Rusian leader Boris Yeltsin’s finance minister  He’s held a number of top jobs in the Kremlin over the past several decades, while he had been in the environment job since December 2020, according to the state-run TASS news agency. He rose to prominence as Boris Yeltsin’s finance minister in the 1990s.

Reuters said that Chubais hung up the phone when he was contacted by the news agency on Wednesday. Meanwhile, the Kommersant business daily published a photo that allegedly showed Chubais at an ATM in Istanbul.

About a week ago, Putin issued a warning to Russian officials and citizens who oppose the conflict, which started on Feb. 24.

“The Russian people will always be able to distinguish true patriots from scum and traitors and will simply spit them out like a gnat that accidentally flew into their mouths—spit them out on the pavement,” Putin said in a televised address. “I am convinced that such a natural and necessary self-purification of society will only strengthen our country, our solidarity, cohesion, and readiness to respond to any challenges.”

Several days ago, Arkady Dvorkovich, who formerly served as former deputy prime minister under Russian President Dmitry Medvedev, stepped down from his job as chairman of the Skolkovo Foundation. He also criticized the conflict.

However, there has been virtually no public opposition to Russia’s invasion of Ukraine from the country’s political elite, including its oligarchs. A small number of state TV journalists have resigned due to the conflict.