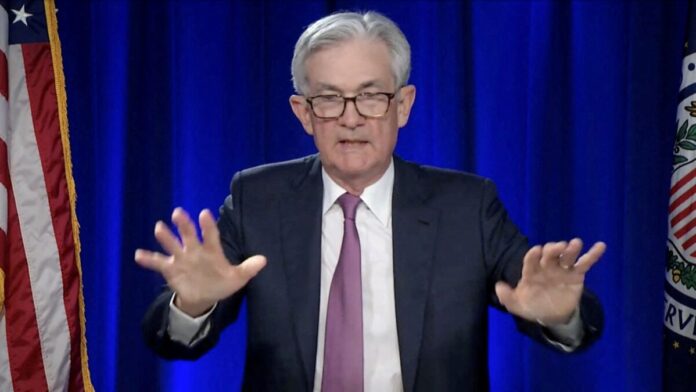 During an address to the National Association for Business Economics on Monday, Chairman Powell gave his strongest message about inflation to date, stating that he is prepared to “take the necessary steps to ensure a return to price stability” as inflation persists.

“There is an obvious need to move expeditiously to return the stance of monetary policy to a more neutral level, and then to move to more restrictive levels, if that is what is required to restore price stability,” said the Federal Reserve executive.

He continued, “if we conclude that it is appropriate to move more aggressively by raising the federal funds rate by more than 25 basis points at a meeting, or meetings, we will do so. And if we determine that we need to tighten beyond common measures of neutral and into a more restrictive stance, we will do that as well.”

These comments come less than a week after the Federal Reserve’s meeting on March 15–16, during which the central bank approved an interest rate hike for the first time in over three years, after signaling its intention to hike rates for several months leading up to the decision.

Like many experts at the Federal Reserve, Powell was initially hesitant to recommend rate hikes to curtail inflation. As recently as last summer, the consensus among bankers was unenthusiastic for any rate hikes in 2022, with many experts believing that rate hikes could wait another year–until 2023.

However, the monetary policymakers are feeling greater pressure to address the issue, with a growing chorus of experts calling for a faster–and more drastic–regimen of rate hikes to prevent inflation from spiraling out of control.

The Consumer Price Index for last month indicated that inflation hit its highest level in 40 years in February, causing some to raise comparisons between the economic situation of the 2020s and that of the 1980s.

There is one key difference, however, between the situation of the early 1980s and the present: Whereas Paul Volker’s Fed had to address inflation while contending with double-digit unemployment, Powell’s Fed is blessed with a relatively strong job market. After unemployment rose to a high of 14.7 percent in the immediate aftermath of the CCP (Chinese Communist Party) virus lockdowns in April 2020, it has made steady recovery in the ensuing months, occasionally stumbling over the subsequent waves of the virus but altogether showing significant progress, to the point that unemployment rates are now approaching the lows of February 2020.