NATO Calls on China to Condemn Russia’s Invasion of Ukraine 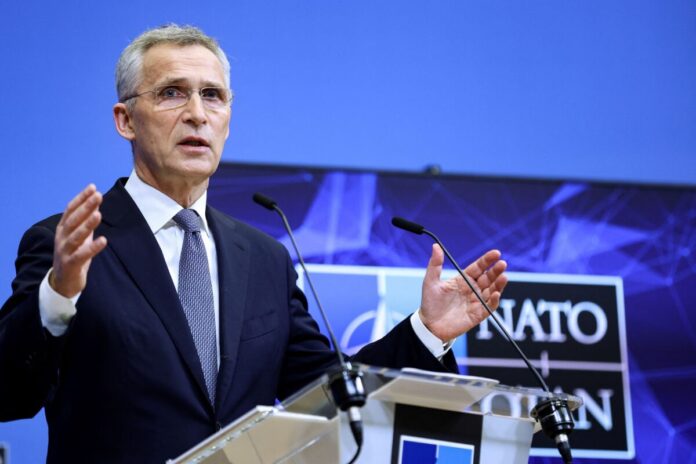 NATO will meet on March 24 to discuss the ongoing war in Ukraine and the challenges posed by the Chinese Communist Party’s (CCP) apparent support of the Russian invasion.

“For NATO, it is of particular concern that China now, for the first time, has questioned some of the key principles for security, including the right for every nation in Europe to choose his own path.”

The news comes a week after Washington accused Beijing of mulling providing military support to Russia for its ongoing war on Ukraine.

The Chinese regime had previously signed a treaty pledging to provide unspecified security guarantees to Ukraine in the event of a threat of a nuclear attack, but appears to have reneged on that promise in this conflict. CCP leadership reaffirmed earlier this month that Russia would remain the regime’s “most important” strategic partner.

Now, NATO worries that the CCP will overtly support Russia’s invasion of Ukraine, a prospect that the 30 NATO nations will discuss Beijing’s role in Brussels on Thursday.

Stoltenberg said that he expects NATO member states to “call on China to condemn the invasion and to engage in diplomatic efforts to find a peaceful way to end the war as soon as possible.”

The Chinese regime has refused to condemn Russia’s invasion and refused to join international sanctions for the war of aggression. CCP officials have instead repeated Russian propaganda and said that NATO expansion was to blame for the war, echoing Russian talking points.

Ukraine was not being considered for NATO membership at the onset of the war, as NATO bylaws prohibit the admission of nations into the alliance that do not fully control their territory, as has been the case in Ukraine since the annexation of Crimea in 2014.

NATO last year designated China’s communist regime as a key strategic priority in its latest strategic guidance, which outlines the alliance’s overarching strategic framework. It is the first time ever that China has been mentioned in the strategy.

Stoltenberg also said that NATO will likely decide to increase its military presence on its eastern flank. NATO has increased its troop presence there in the last month with some 40,000 troops spread from the Baltic to the Black Sea. It is not clear yet how many additional resources will be mobilized.

“I expect leaders will agree to strengthen NATO’s posture in all domains, with major increases in the eastern part of the alliance,” Stoltenberg said. “On land, in the air and at sea.”

Stoltenberg said that the war in Ukraine demonstrated that NATO must reassess its deterrence efforts in the long term, an issue that NATO leaders were expected to discuss at their next regular summit, to be held at the end of June.

NATO leaders are also set to agree on additional aid for Kyiv, including equipment to help Ukraine protect against chemical, biological, radiological, and nuclear threats.

The new aid package will come as fears of a potential nuclear or biological strike from Russia mount, following the first-ever combat usage of a hypersonic missile by Russia in Ukraine earlier this week.

Stoltenberg called the tensions and NATO’s response to them “a defining moment for our security.”

U.S. President Joe Biden will meet face-to-face with his NATO counterparts at the Thursday meeting, as well, and work to cement the cohesiveness of the alliance, according to White House press secretary Jen Psaki.

“There is a new sense of urgency because we cannot take peace for granted,” Stoltenberg said.