Yes, the US Has Its Own ‘Sphere of Influence,’ and It’s Huge 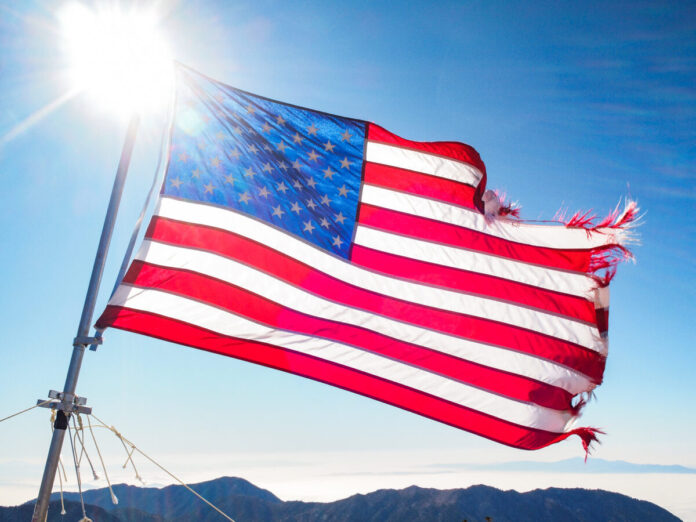 Late last year, U.S. secretary of state Anthony Blinken declared, “One country does not have the right to exert a sphere of influence. That notion should be relegated to the dustbin of history.”

The agenda here, apparently, is to connect the idea of spheres of influence with Napoleonic-looking characters from the days of yore who believed in that old-fashioned spheres-of-influence stuff.

Moreover, the implication is that the United States regime doesn’t maintain a sphere of influence.

These claims of opposition to spheres of influence continue an effort that’s been going on at least since 2010, when Hillary Clinton in the wake of the Russo-Georgian War of 2008 declared, “The United States does not recognize spheres of influence.” She was echoing earlier comments by Condoleeza Rice, who in a 2008 speech in Washington claimed the United States is creating a world “in which great power is defined not by spheres of influence or zero-sum competition, or the strong imposing their will on the weak—but … the independence of nations [and] governance by the rule of law.”

The words of technocrats like Rice, Clinton, and Blinken are always interesting as indications of what it is the U.S. regime would like people to believe, but in real life, it is abundantly clear that the United States does not in any way actually reject the notion of spheres of influence. It’s just that the United States is opposed to a sphere of influence for Russia.

Indeed, the U.S. regime not only jealously defends its own sphere of influence but has been ferociously attempting to expand it since the end of the Cold War.

This, of course, is what we ought to expect from any state devoted to preserving and expanding its own power. In other words, the U.S. regime is no different from any other great power in history when it comes to establishing a sphere of influence. Perhaps the only real difference is that Washington insists on lying about it.

What Is a Sphere of Influence?

Spheres of influence “are best defined as international formations that contain one nation (the influencer) that commands superior power over others.”[ Spheres of influence are usually regional in that they offer defensive advantages, since states in sensitive geopolitical locations are “expected” to be friendly to the regional hegemon. Historically, large states have employed the tactic when they have lacked the ability or the political will to simply annex neighbors yet also desired to dominate those neighbors in terms of foreign policy. States that are not sizable powers in their own right have often fit into these regional schemes as client states, puppet states, or simply “friendly” nations with close cultural and economic ties. Historically, large states also pursued expanded frontiers to ensure “buffer zones” that could stand between them and powerful regimes who wanted to militarily dominate frontiers far from their heartlands. The partitions of Poland, for example, served this purpose for the Austrian Habsburgs, the Russians, and the Prussians. The Empire of Japan created Manchukuo as a puppet state to act as a buffer between Japan, China, and the Soviet Union during the Second World War. In more recent times, North Korea serves as a buffer state between China and U.S.-dominated South Korea.

Attempts by a regional hegemon to control buffer states, expand frontiers, and keep “friendly regimes” well within the fold all constitute efforts to maintain a sphere of influence. As unfortunate as it may be, the fact is powerful states simply don’t let their less powerful neighbors do whatever they want—so long as the regional power has the means to prevent it.

The United States is no different.

The US Sphere of Influence

Yet the interests of the American regime hardly stopped at the Rio Grande or the prairies of southern Canada. As was made clear with the Monroe Doctrine, the United States had long aspired to an immense hemispheric sphere of influence in which no Asian or European power would be permitted to operate.

“Does anyone really believe that the United States would not have something to say if, for example, Mexico or Cuba or any country in Central or Latin America were to form a military alliance with a U.S. adversary?” Sanders asked in a speech on the Senate floor.

“Do you think members of Congress would stand up and say, well, you know, Mexico is an independent country and they have the right to do anything they want. I doubt that very much.”

We need not point only to Mexico, of course. The United States has supported a number of regime change operations in Latin America out of concern that an unfriendly regime would invite hostile foreign powers—i.e., the Soviet Union—into the Western hemisphere. Interventions by Washington include the Cuban trade embargo, the United States’ proxy war against the Sandinistas in Nicaragua, U.S. support for the Pinochet dictatorship in Chile, the 1954 Guatemalan coup, and the 1964 Brazilian coup. Most famously, of course, there was the Cuban Missile Crisis, during which the United States appeared willing to engage in nuclear war in order to keep the Soviets out of the U.S. sphere of influence. (The crisis was resolved when the United States—secretly, so as to give the impression the United States “won”—agreed to remove missiles from Turkey, a location deemed too close to the USSR’s sphere of influence.)

Writing in Foreign Policy in 2020, Graham Allison noted that when it came to announcing the end of spheres of influence,

“such pronouncements were right in that something about geopolitics had changed. But they were wrong about what exactly it was. U.S. policymakers had ceased to recognize spheres of influence—the ability of other powers to demand deference from other states in their own regions or exert predominant control there—not because the concept had become obsolete. Rather, the entire world had become a de facto American sphere. Spheres of influence had given way to a sphere of influence.

The strong still imposed their will on the weak; the rest of the world was compelled to play largely by American rules, or else face a steep price, from crippling sanctions to outright regime change.”

So, in the minds of Washington’s advocates of global U.S. hegemony, the old notion of multipolar spheres of influence was replaced by one of a global world order dominated by Washington. Or as Allison put it,

“The claim that spheres of influence had been consigned to the dustbin of history assumed that other nations would simply take their assigned places in a U.S.-led order.”

So, when we see American pundits and foreign policy officials suggest that civilized regimes—i.e., not Russia—reject the idea of a sphere of influence, they’re either deeply misinformed about the United States’ own sphere of influence or they’re just lying.

Are Spheres of Influence Legitimate?

Sometimes those who claim to oppose spheres of influence will muddy the waters by speaking of how states don’t have a “right” to a sphere of influence. Blinken did precisely this when he declared, “One country does not have the right to exert a sphere of influence.” This, of course, is correct as far as it goes. Individual persons have rights. States do not.

But, so long as we have states, we should expect those states to seek out ways to preserve and expand their own power. This means states with the economic, military, and political means to do so will expand their spheres of power. Washington has no more a “right” than Moscow to dictate what kind of missiles or bombers are hosted by Cuba. Yet this is just typical great power politics exercised by all states in the usual fashion. This isn’t moral. It’s just one of the many ways that states consider themselves entitled to engage in aggressive acts that would be considered unacceptable for any nonstate group.

Certainly, we should seek to lessen states’ perceived “need” for a sphere of influence and to lower the stakes in conflicts over spheres of influence. This can be done by building international interdependence through the expansion of trade. Moreover, we can insist that our own states adopt defensive military postures rather than offensive ones—often accomplished through cutting bloated military budgets and abolishing standing armies that serve little purpose beyond occupying foreign countries. We can insist our own state stop provoking other regional powers through blunders like continued North Atlantic Treaty Organization expansion.

But perhaps the most important first step from the American perspective is to stop deluding ourselves about the United States being some sort of uniquely virtuous nation that would never, ever stoop to imposing its own sphere of influence on its neighbors.

The Mises Institute, founded in 1982, promotes teaching and research in the Austrian school of economics, individual freedom, honest history, and international peace, in the tradition of Ludwig von Mises and Murray N. Rothbard. We seek a radical shift in the intellectual climate, away from statism and toward a private property order.