US, British Officials Kick Off Talks to Strengthen Trade Ties 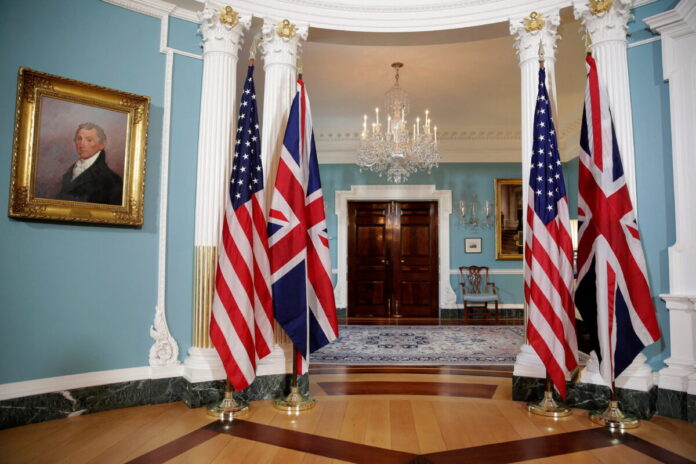 The talks in the port city of Baltimore mark a broad effort to take stock of the $260 billion bilateral trade relationship, while specific disputes will be dealt with separately and formal talks on a free trade agreement remain on ice.

U.S. Trade Representative Katherine Tai said the two allies had resolved disputes over aircraft subsidies and digital services taxes over the past year, and were now working together closely to punish Russian President Vladimir Putin for his invasion of Ukraine.

Tai said U.S. and British officials would work to identify mutual trade priorities and promote “innovation and inclusive economic growth for citizens on both sides of the Atlantic.”

UK Trade Secretary Anne-Marie Trevelyan told business and labor leaders later that the huge shocks of recent years and weeks, an apparent reference to the COVID-19 pandemic and the war in Ukraine, showed “that resilience and a different way of doing business is required. Protectionism is not the solution.”

Trevelyan said Britain was seeking to “forge even closer bonds of trade and investment between us, because we do more business together than any other two countries in the world.”

The two sides are “making good progress” in separate talks on resolving a dispute over U.S. steel and aluminum tariffs that helped clear the way for this week’s broader talks, Trevelyan said. Those talks are ongoing, another UK official said.

This week’s meetings do not mark a resumption of formal free trade talks held under the former Trump administration that were suspended once President Joe Biden took office.

Marjorie Chorlins, senior vice president at the U.S. Chamber of Commerce, agreed, adding, “We should have been able to restart the U.S.–UK negotiations. We were five rounds in and a lot of great work was done.”

Washington has hit the pause button on such agreements, which have historically been viewed skeptically by labor leaders, viewing them as “just one tool at our disposal.”

The two sides will meet again later this spring in Britain, but the location has not been finalized, officials said.