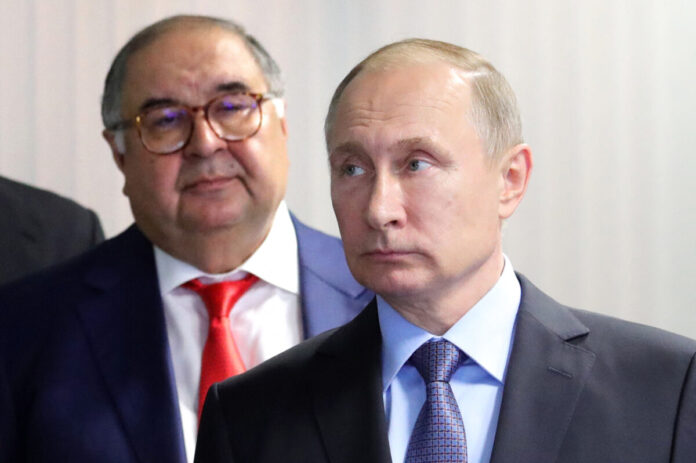 The British government said it remains “confident” that sanctions will have a “significant impact” on Russian oligarch Alisher Usmanov despite his alleged attempt to put his assets beyond the reach of the law.

Media reports said on Tuesday that Usmanov may have put many of the UK properties and assets he owned out of the law’s reach before being sanctioned.

After Russia invaded Ukraine on Feb. 24, the UK government sanctioned Usmanov because of his “close links to the Kremlin.”

But a spokesman for the billionaire, who has had ties to Arsenal and Everton football clubs, said most of his UK property and his yacht had already been “long ago transferred into irrevocable trusts.”

“From that point on, Mr. Usmanov did not own them, nor was he able to manage them or deal with their sale, but could only use them on a rental basis. Mr. Usmanov withdrew from the beneficiaries of the trusts, donating his beneficial rights to his family,” he said.

The prime minister’s official spokesman said he has seen the claims but is “not in a position to talk about the veracity of them at this stage.”

But he dismissed fears that the opaque and complex ownership structures will render the sanctions ineffective.

The spokesman said: “The sanctions against Usmanov were enacted with immediate effect, he cannot access his assets, it’s illegal for any person or company in the UK to do business with him.

“And crucially, when it comes to sanctions, we are wherever possible moving as one with our Western allies, so those that may be seeking to move assets will find they’re not welcome in [the] vast majority of the Western world.”

Asked if he was confident those sanctions would still hit Usmanov’s assets, the spokesman said: “We remain confident these sanctions will have a significant impact on Usmanov. I think that there’s no doubt.”

Asked for his response to the criticism that the government has been too slow in imposing the sanctions, the spokesman said that the UK is “a country that respects the rule of law,” and “we make sure that we have done all the requisite steps in order to make these legally enforceable.”

“I understand the focus on individuals, but it is arguably the sanctions placed on businesses, particularly banks and Russian companies, that will have the biggest impact in terms of convincing [Russian President Vladimir] Putin to change course and that is our ultimate aim here,” he said.